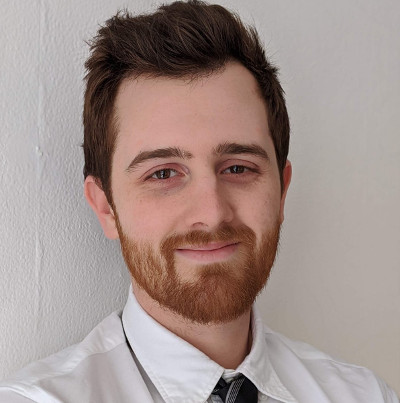 Last week, the US Network for Democracy in Brazil (USNDB) delivered a white paper to the Biden White House, its “Recommendations on Brazil to President Biden and the New Administration.” The wide-ranging document, covering issues such as the environment, human rights, and the rule of law, urges the new administration to make a fundamental break with Trump-era policies toward the Bolsonaro government.

Dozens of academics from major American universities endorsed or contributed to the document, as did several prominent organizations, including Greenpeace USA, Amazon Watch, Friends of the Earth, Defend Democracy in Brazil, and the Center for Economic and Policy Research (CEPR). Brown university professor and USNDB national coordinator James Green said a central message of the white paper is that “it is imperative that the United States ​prioritize respect for ​civil and human rights and the rule of law in its relations with Brazil.”

White House Press Secretary Jen Psaki was asked on Monday about recommendations made in the paper. “Just as is true in many of our relationships, we look for opportunities to work together on issues where there is joint national interest, and obviously there’s a significant economic relationship, and we will not hold back on areas where we disagree, whether it’s climate or human rights, or otherwise,” Psaki said. While Psaki’s comments centered the US economic relationship with Brazil, her vow that the Biden administration would be willing to criticize the Bolsonaro government on the environment and human rights nevertheless represents a change from the laudatory and hands-off approach the Trump administration had toward Latin America’s most controversial right-wing leader.

But Psaki’s reiteration of the White House’s strong support for the US-Brazilian relationship raises the question of to what extent the Biden administration will actually pressure the Bolsonaro government, and falls short of the fundamental reforms in US-Brazil policy that the USNDB seeks.

The white paper argues that it is imperative that the Biden administration set a new tone with Bolsonaro’s government, which has for years undermined the very values of environmental protection, human rights, and equality that Biden claims he is seeking to promote and defend.

The paper details 10 areas where the new administration should change the US’s approach, with the most important relating to deforestation in the Amazon. Biden stated on the campaign trail that he would consider sanctions against Brazil if the Bolsonaro government did not make tangible and concrete commitments to reduce deforestation. While Biden has yet to make any pronouncements as president with regard to Brazil, the issue of the Amazon and the environment will no doubt gain in salience once the dry season in Brazil begins in June and intensifies in July and August. Notably, the paper recommends sanctions targeted to “restricting, via executive order on government procurement or legislation, imports of forest-risk commodities like timber, soy, and cattle products, unless it can be determined that the imports are not linked to deforestation or human rights abuses.” Wider, untargeted sanctions against Brazilian exports could produce unnecessary pain for everyday Brazilians, and could foster foreign resentment against a new US administration.

Policy with respect to the Amazon and deforestation intersects with a variety of human rights issues, namely the protection of Indigenous and Afro-Brazilian rights. Illegal deforestation has for years encroached upon federally protected Indigenous lands, and the number of Indigenous Brazilians killed by land-grabbers, private security forces, and other violent actors reportedly reached an 11-year high in 2019. Attacks on Indigenous Brazilians have increased notably just since Bolsonaro took office, as the president has egged on land-grabbers and arsonists seeking to turn protected rainforest to pastureland. Likewise, many quilombos (now-protected lands established by rebel and runaway slaves, where many of their descendants live today) have had their land encroached upon and usurped.

USNDB’s white paper calls on the Biden administration to address these threats to Indigenous Brazilians by engaging with civil society groups and social movements across Brazil, and to develop a comprehensive understanding of the Brazilian government’s impact on the Amazon and Indigenous peoples. Specifically, it recommends the new administration freeze bilateral trade negotiations with Brazil, withdraw support for Brazil’s ascension to the OECD, and suspend military aid and cooperation with Brazil pending a rigorous human rights review of security forces — only to resume military assistance once assurances have been made that the Leahy Law has been fully implemented and followed. The paper calls on the Biden administration to vigorously call attention to and denounce specific cases in which human rights and environmental defenders have been threatened and/or assassinated.

In addition to environmental issues, the white paper calls attention to wider concerns about the rule of law and the status of Brazilian democracy. It is no secret that President Bolsonaro has questioned the need for and sanctity of various Brazilian democratic institutions, suggesting at various points that the military ought to shut down Congress or establish a new dictatorship. In addition, violence among both state and non-state actors has increased since Bolsonaro took office, with increased paramilitary activity in Rio de Janeiro (carried out by crime syndicates known as milícias) and by large landowners committing arson and contributing to Amazonian wildfires, to mention a few examples.

On the critical issue of rule of law, this white paper, along with CEPR and various congressional representatives, has pointed out the poor legal treatment of ex-president Lula da Silva, after leaks published by The Intercept Brasil demonstrated that the former president was unfairly and likely illegally targeted, and subsequently imprisoned, by prosecutors working for the Car Wash (Lava Jato) investigation. The politically motivated targeting of Lula, a popular ex-president who intended to run in the 2018 elections before his incarceration that year, is endemic to the erosion of Brazilian democracy that has taken place since President Dilma Rousseff was ousted in a coup in 2016. The white paper encourages the Biden administration to put civil liberties, democratic rights, and the rule of law at the heart of its diplomacy, and in so doing help to prevent future politically motivated lawfare-style prosecutions that have weakened Brazilian democracy.

The USNDB also recommends that Biden and his allies in the US trade union movement pressure the Bolsonaro government to end its assault on labor rights, and to restore labor protections that have been continually undermined since 2016. This follows particularly painful 2017 legislation that weakened the labor movement under Bolsonaro’s predecessor Michel Temer. The Bolsonaro administration has continued to undermine workers’ rights by abolishing the Labor Ministry, attacking various sources of union funding, and seeking to undermine agreements achieved through collective bargaining. The white paper recommends that “labor and trade union protections must be part of any future trade and investment agreements between both nations” while emphasizing that the Biden administration “should in no way, shape, or form pursue a free trade agreement with Brazil.”

Violence against women and LGBTQI+ individuals has surged during the Bolsonaro presidency, so much so that Brazil’s first openly gay congressman Jean Wyllys sought exile in January 2019 due to a constant barrage of credible death threats. Given these dangers to democracy and rule of law, as well as the history of US support for the Brazilian military dictatorship (1964–1985), the USNDB urges the Biden administration to break with Trump by centering respect for civil liberties, democratic rights, and the rule of law in its relations with Brazil. The Biden administration must be prepared to stand up for Brazilian democracy if and when it comes under strain, as it likely will in the coming years.