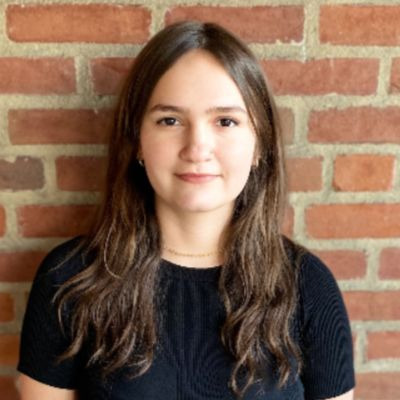 The Covid-19 pandemic is creating ripe conditions for corporate acquisition sprees by industry giants. But at least one company, already under the microscope, isn’t just looking to pick off competitors. Facebook has its eyes on the supposed cops on this beat, the antitrust enforcement officials ready to jump ship.

Barbara Blank just joined Facebook in April 2020 after over a decade as an attorney in the Bureau of Competition’s Anticompetitive Practices Division (ACP). Blank was the division’s deputy assistant director since 2014, and she led staff attorneys in the FTC’s investigation of Google’s search practices. Her role in the ACP –the center of the competition bureau’s enforcement efforts against industries other than healthcare, pharma, and tech — offers Blank in-depth knowledge on the FTC’s enforcement practices regarding intellectual property rights  “and immunities from and exceptions to the antitrust laws.”

Crucially, the ACP division focuses on not only enforcing but “shaping the law,” suggesting Facebook’s interest in the most recent policy changes at the FTC. It seems reasonable to assume that Facebook intends to take advantage of Blank’s connections with, and knowledge of, ACP officials still at the FTC. The officials who are now causing headaches for Facebook used to report to Blank, after all.

Now, as a director and associate general counsel of competition at Facebook, Blank will help the company “develop legal strategy in connection with competition review of mergers and acquisitions by regulators.” Translation: it’s her job to shepherd Facebook through the FTC’s current investigation of its past acquisitions unscathed. The job listing also alludes to Facebook’s preference for insider experience by requiring “significant competition experience, including deep knowledge of competition frameworks in the US and other jurisdictions, and engagement with applicable regulatory bodies in merger review and/or investigative contexts.”

Blank is just one of many lawyers who left their job enforcing antitrust law only to take jobs at the corporations the FTC oversees. She joins an outflow of FTC officials to Silicon Valley in 2020, as Amazon recently hired two FTC attorneys and an economist. The Revolving Door Project found that 36 of 71 Bureau of Competition lawyers who left the FTC from 2014 to 2019 are now representing corporate clients at BigLaw firms. In addition, at least six FTC lawyers became in-house counsels at acquisition-fueled corporations.

While antitrust appointees on both sides of the aisle tout their resumes defending corporate clients, staff lawyers with little hope to ascend to the top ranks in government also see private sector experience as the path to promotions and higher salaries. This incentivizes lawyers to keep prospective private sector employers in mind while carrying out enforcement ostensibly in the public interest.

Blank will profit, likely tremendously, from her spin through the revolving door as Facebook seeks to fend off activist energy calling their monopolistic practices into question. As Facebook would put it, hiring Blank is a strategic purchase of “human capital.” Activists who hope to ultimately break up Facebook will not only have to have the best legal arguments but recognize that they will not be arguing before neutral enforcers: there are very real incentives that currently sway the thinking of senior “career” officials at the antitrust regulators.

The FTC and DOJ only function effectively if their legal staffs don’t see serving the public as a stepping stone to a lucrative job undermining their own prior work. We in the public would all be better off if we made these “career jobs,” well, actual “careers” again.

Andrea Beaty is a Research Assistant at the Revolving Door Project at the Center for Economic and Policy Research in Washington, DC.

Righting the Record: Claims that SDRs “Help US Enemies” Are Baseless

Strong Job Growth in January as Omicron Leads to Cuts in Hours, Not Jobs

Gaslighting on the Big Lie by Thomas Edsall in the NYT