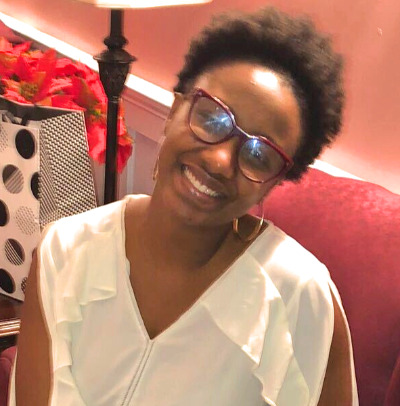 On February 20, the UN Security Council held a meeting to discuss the situation in Haiti. The Miami Herald’s Jacqueline Charles reports:

Both U.N. Secretary-General António Guterres’ representative in Haiti, Helen La Lime, and Marie Yolene Gilles, a leading human rights activist in the country, painted a climate of deteriorating human rights and disappearing rule of law. Gilles said Haitians are subject to raging malnutrition, kidnappings for ransom, rapes and gang violence that have forced the courts in Port-au-Prince to be closed since September.

“The two associations of magistrates in the country have deserted the tribunals until safety returns,” she said.

Gilles, who heads the human rights group La Fondasyon Je Klere [FJKL], said while there are 23 known armed gangs in the capital, around a third of Haiti is under gang control.

La Lime, who heads the United Nations Integrated Office in Haiti (BINUH), had hoped to arrive at the Security Council meeting bearing news of progress in long-stalled efforts to break the political deadlock in Haiti. However, in nearly two years of protests and political conflict, the Haitian government and international actors have failed to lead meaningful talks. At the Security Council, La Lime once again appealed for all political actors to enter into dialogue. While supporting those efforts, ambassadors from the United States, France, and Germany, among others, called for the timely planning of legislative elections — and the prioritization of elections over constitutional reform, the latter of which President Jovenel Moïse began promoting after parliamentary terms expired in January.

“The Haitian people must have a voice in selecting its leaders. And further, while constitutional reforms are necessary and welcomed, they must not become a pretext to delay elections,” US Ambassador to the UN Kelly Kraft said.

Incidentally, the UN Security Council met a few days after BINUH and the United Nations Human Rights Council (UNHCR) released a report on gang violence and human rights abuses in the popular Port-au-Prince neighborhood of Bel Air. This report detailed events that took place last year between November 4 and 6. Bel Air residents had erected barricades and participated in a two-month period of protests known as “Peyi Lock.” According to the UN report, three different gang leaders entered Bel Air in an attempt to get residents to remove barricades in exchange for money. Those efforts failed, and were followed by a series of attacks over a period of three days.

More than 50 armed men were seen opening fire on civilians and setting fire to private vehicles and at least 30 homes, the UN found. At least three people were killed and six were wounded. Local rights organizations have put the toll even higher.

The violence in Bel Air, as Gilles told the Security Council, was not a new development. Local rights organizations, including Gilles’s FJKL, have documented a series of violent attacks, often with the involvement of police officers, in popular neighborhoods throughout the capital. In the case of Bel Air, the UN report mentioned the presence of at least three police officers, signaling that there were political motives behind this attack.

The UN report also alleged that a former police officer, Jimmy Cherizier, also known as “Barbecue,” led the November Bel Air attacks. Local human rights organizations, as well as the UN itself, have also alleged the involvement of Barbecue in the La Saline massacre in November 2018, in which dozens of civilians were massacred. More than 100 members of the US Congress condemned that attack in early 2019.

… more than a year after the fact, the lack of progress is particularly worrying and the involvement of Jimmy Cherizier, alias Barbecue, in other similar acts demonstrates the direct impact of impunity on the recurrence of violence and on the population. Of the thirteen recommendations made in the June 2019 report on the La Saline case, none has been fully implemented.

But while the UN is now calling for an end to impunity and the political protection that perpetuates it, the organization’s own record reveals the shallowness of these pleas.

In November 2017, UN police officers “secured the perimeter” of a school in the Grand Ravine neighborhood of Port-au-Prince as part of a joint raid with the Haitian police. Inside that school, Haitian police officers, including Jimmy Cherizier, massacred nine civilians.

That Cherizier has been able to continue to operate, and led the raid on Bel Air even after his involvement in two previous massacres, is a testimony to the privilege of immunity that many politically protected gangs enjoy. These reports show that gangs have unlimited access to a supply chain of both arms and money when it comes to political repression and violence. But the UN’s own actions relating to Cherizier reveal the hypocrisy of their recent calls for accountability, and may point to one of the reasons the institution has failed to play a productive role in the current situation.

In early 2018, Susan Page, the Special Representative of the United Nations Secretary-General (SRSG) and head of the United Nations Mission for Justice Support in Haiti (MINUJUSTH), applauded progress made in regard to the Petrocaribe investigation and called for accountability for the victims of the Grand Ravine massacre. She was seriously criticized by the Haitian government and the UN quickly acquiesced, replacing Page with Helen La Lime.

In its report on Bel Air and at the Security Council meeting last week, officials pushed for accountability and a more consistent fight against impunity in Haiti. But the road to empowering local authorities and institutions must start with the culture of impunity within international institutions. UN police were involved in the raid that resulted in Cherizier and other officials massacring nine civilians in 2017, but violent UN raids are not simply a recent phenomenon. After the deployment of thousands of foreign military soldiers to Haiti in 2004, UN troops repeatedly led raids into poor neighborhoods of the capital, often resulting in civilian deaths. Though the Dominican Republic’s representative to the UN pointed to recent violent actions as the “result” of the departure of UN soldiers in 2017, the more appropriate lesson is that a policy of combating violence with violence has been an abject failure.

The UN’s credibility crisis, however, goes even deeper. It took six years for the UN to accept any responsibility for introducing cholera in 2010, which has since killed at least 10,000 Haitians and sickened hundreds of thousands more. The UN has still failed to properly respond to the epidemic.

Far from addressing root causes, the billions the UN spent on “peacekeepers” in Haiti has instead consolidated a political and economic system that bears significant responsibility for the on-going violence and instability of the country.

That the UN is now willing to expressly call for accountability in response to incidents such as Bel Air may be a positive development, but it must also be deepened to reflect a recognition of the responsibility of international organizations. This entails depicting a more complete picture of repeated attacks on popular neighborhoods. The police force in Haiti continues to be politicized with the tacit support of international actors, who have supported it with billions of dollars.  Meanwhile the institution has proven itself more at the service of the sitting government than the population it is meant to protect.

An honest accounting of the violence in Haiti must also address the political and economic elite who sponsor these violent outbursts with arms, money, and protection — a phenomenon that transcends political affiliation. Nevertheless, the UN investigations into the massacres of La Saline and Bel Air, as well as research by local human rights organizations, make abundantly clear the relationship between the current government and its allies and the ongoing repression in popular neighborhoods throughout the capital.

To move forward, the international community must first recognize its own role in stoking Haiti’s current political, economic, and social crisis. Until they do, international calls for accountability — and pleas for dialogue — will continue to ring hollow.