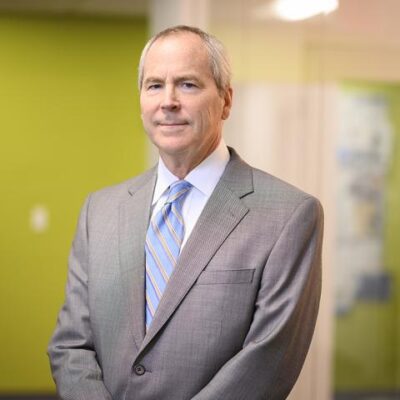 After a modest decline in Q2 2020, PE fund returns were exceptionally strong, driven mainly by unrealized gains that may not materialize given the market’s reassessment of asset valuations. PitchBook, June 9, 2022

Even as the stock market is in free fall and interest rates are rising, private equity (PE) funds continue to pursue new investors, peddling the myth that private equity returns defy the laws of financial gravity and yield strong returns even in periods of economic turbulence and declining values of publicly-traded companies. How is this amazing sleight of hand accomplished?

The General Partner of a PE fund, not usually a single individual but rather a committee representing the interests of the PE firm, manages the fund and makes all decisions. The GP spends the first several years of a fund’s 10-year life span finding promising companies to acquire, and the remaining years finding profitable exits from those companies. Typically, the profitable exits are via a sale to a strategic buyer in a merger or acquisition (M&A), an Initial Public Offering (IPO), or if those options fail, to another PE fund.

Year-to-year PE fund returns consist of how much the fund received—or cashed out—from these sales of portfolio companies plus the value of the remaining unsold companies still in the fund’s portfolio.

That’s where the mischief comes in.

The PE firms that set the prices of these companies have little incentive to reassess their value. The guesstimates of the value of the fund’s unsold inventory form the basis for the myth of PE funds’ strong performance and that they serve as a hedge against a falling stock market.

The truth is that in turbulent times these companies often cannot be sold via an M&A deal for the price set by the GP. So, companies linger on in PE fund portfolios. Many times, those exits that do occur consist of sales to other PE funds that urgently need to deploy unspent money investors have committed to them.

Even more ludicrous are the sales to itself by means of follow-on funds, continuation funds, and GP-led secondaries. And, by the way, PE managers make money on these sales to themselves by collecting hefty transaction fees from their PE fund.

So, about all those terrific private investments that have supposedly provided souped-up returns for the last dozen years: Guess what? Many of the companies that were acquired are still sitting on the shelf, waiting for the PE fund to sell. And thus, as the quote above from PE data company PitchBook confirms, a significant amount of the funds’ returns is unrealized, a figment of the PE managers’ fertile imaginations and failure to adjust the values of companies in their portfolios to changed market conditions (that is, to mark-to-market).

CalPERS is the massive California state public employees’ pension fund with more than $400 billion in assets. It was an early investor in private equity and has allocated huge amounts of money to PE funds. It owns a diversified portfolio of these funds, and it is one of the few states that provides information by specific PE fund. A review of CalPERS PE holdings is instructive.

As Table 1 points out, the unsold portion of the total value averages 47 percent for vintage years that are between 6 and 13-years-old. The 2009 vintage still has 45 percent of its value tied up in companies sitting on its shelf, whose value is largely a guesstimate by PE fund managers. Managers’ guesstimates account for almost a quarter of the value of the other mature funds with vintages dating back 10 years or more. More recent vintages have much higher proportions of unsold inventory, with the 2013 vintage, now working on its tenth year, stuck with 53 percent unsold, and the 2016 vintage with 71 percent unsold.

The CalPERS situation is not unusual. It’s no wonder pension fund managers routinely claim that their PE investments are their best performing assets. Nearly half the value (47 percent) of CalPERS investments in PE funds over the period 2009 to 2016 are just educated guesses by PE fund managers of the value of their unsold assets rather than hard cash. The value of these 6 to 13-year-old funds are partly a mirage.

Now CalPERS is doubling down on its PE investments. According to a recent WSJ article, the  pension fund is counting on its November 2021 decision, effective July 1, 2022, that will increase its target private equity allocation from 8 percent to 13 percent and will help it through the current meltdown of stocks and bonds.

With the M&A market down 30 percent this year in volume, and the IPO market drying up, finding PE exits may not be as easy as earlier years. Recent vintages of PE funds may find themselves carrying higher levels of unsold inventory or be reduced to relying even more on sales to other PE funds and to themselves. Investors should not be fooled by the myth that private equity investments provided outsized returns over the last 13 years.