Earlier this week, Goldman Sachs conducted a simple evaluation of the impact of these minimum-wage increases on state employment levels. Goldman Sachs compared the employment change between December and January in the 13 states where the minimum wage increased with the employment change in the remainder of the states, where the minimum wage remained constant. They concluded that “January’s state-level payrolls data failed to show a negative impact of state-level hikes (in the minimum wage). Relative to recent averages, the group of states that had hikes at the start of 2014 in fact performed better than states without hikes. While this is only one month’s data, it suggests that the negative impact of a higher federal minimum wage–if any–would likely be small relative to normal volatility.”

Today, the BLS released new data on state level employment patterns, now including the month of February. Building on the analysis done by Goldman Sachs, we can integrate the February data and get a better picture of how the states that raised the minimum wage fared relative to those states that did not. 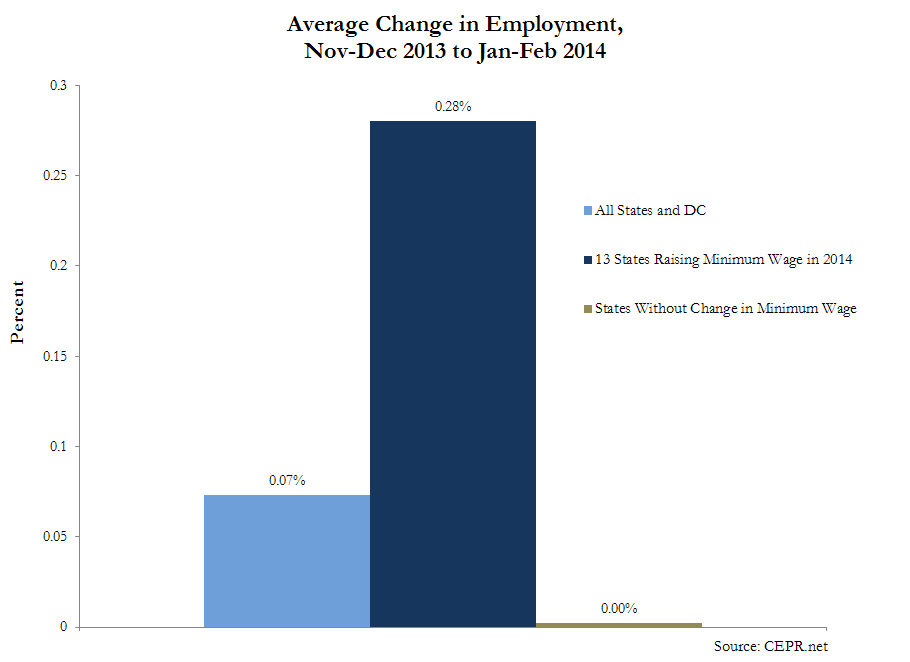 Not only do we fail to find any evidence that minimum wage increases hurt state employment, we actually find the opposite. This exercise is far from definitive, but there is no obvious sign that a higher minimum wage is a ‘job killer.’

The graphic below lists the corresponding employment change (in percent terms) for each individual state. This chart shows a lot of variation across the states, but the tendency for more rapid employment growth in the thirteen highlighted states is still clear. 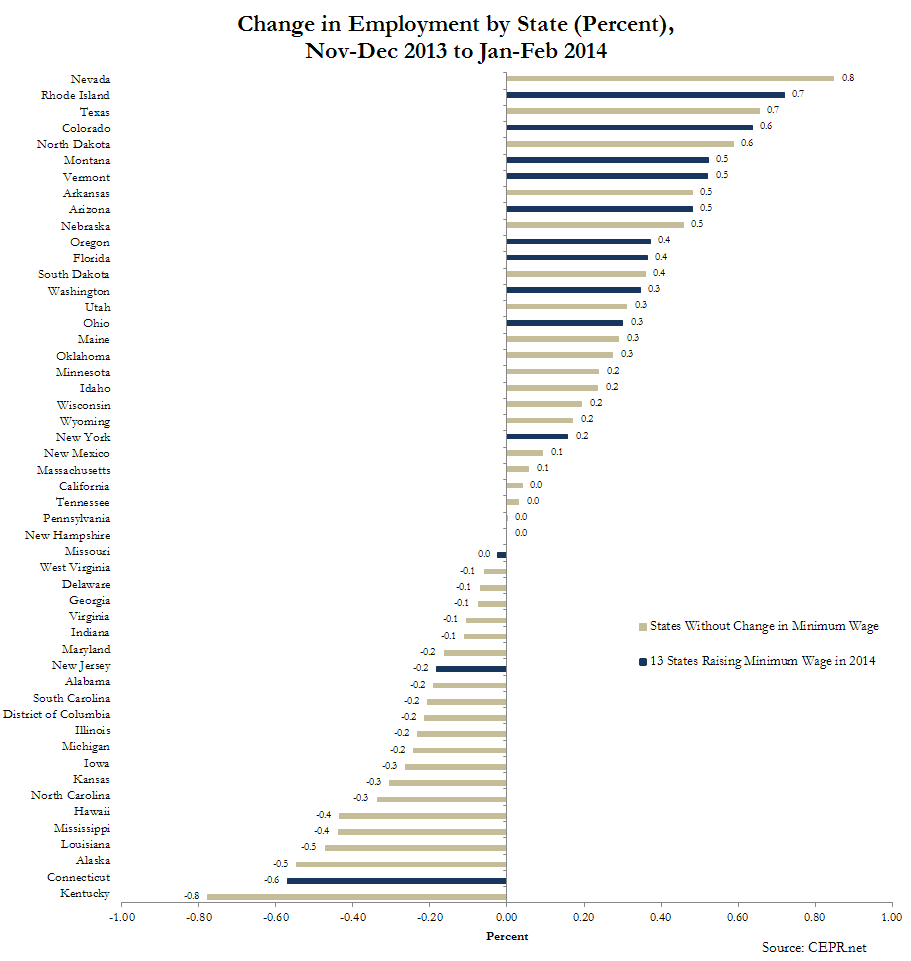 PREVIEW: What to Look for in the October Consumer Price Index