Over the last two decades, high – and, in some countries, rising – rates of low-wage work have emerged as a major political concern. According to the Organization for Economic Cooperation and Development (OECD), in 2009, about one-fourth of U.S. workers were in low-wage jobs, defined as earning less than two-thirds of the national median hourly wage (see first figure below). About one-fifth of workers in the United Kingdom, Canada, Ireland, and Germany were receiving low wages by the same definition. In all but a handful of the rich OECD countries, more than 10 percent of the workforce was in a low-wage job.

If low-wage jobs act as a stepping stone to higher-paying work, then even a relatively high share of low-wage work may not be a serious social problem. If, however, as appears to be the case in much of the wealthy world, low-wage work is a persistent and recurring state for many workers, then low-wages may contribute to broader income and wealth inequality and constitute a threat to social cohesion. This report draws five lessons on low-wage work from the recent experiences of the United States and other rich economies in the OECD. 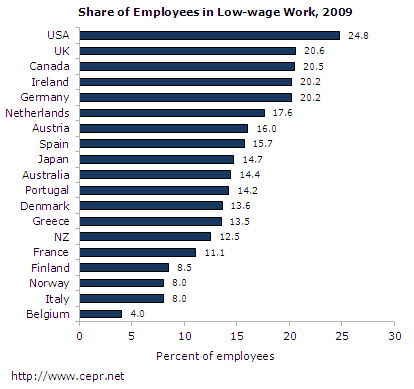 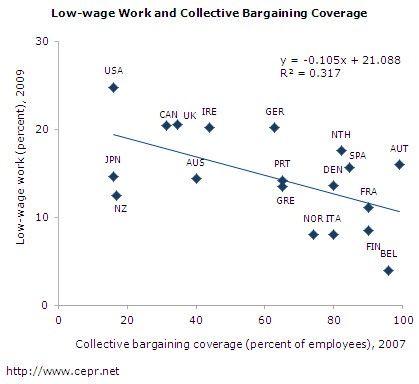 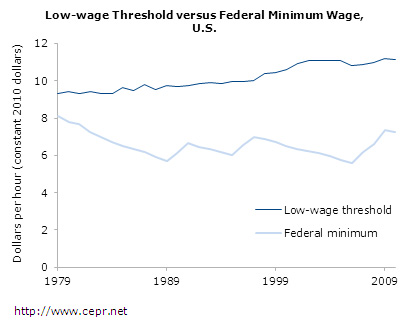