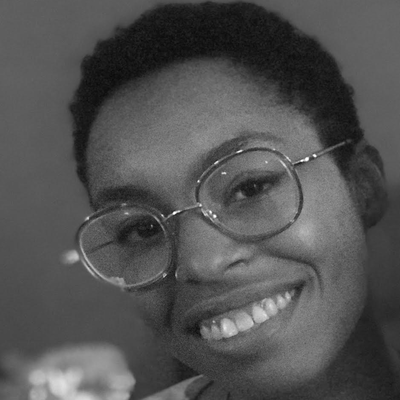 In the Reconstruction era following the Civil War, the Department of Justice was created in part to deliver and oversee equal rights to formerly enslaved Black men and women. This corrective institution was a major step toward building a federal government that protects the civil rights of all its citizens. In the wrong hands, however, the department can be weaponized. Whether through inaction or outright hostility on issues ranging from white-collar crime to mass incarceration, the values animating the nation’s top law enforcement agency matter.

Today we face a period of reconstruction of our own — and an urgent need for justice to account for the violence and lawlessness of the previous administration. President Biden’s belated move this week to ask 56 Trump-appointed and Senate confirmed U.S. attorneys to resign is encouraging, but also the bare minimum of an administration tasked with rebuilding a federal government in “disrepair.”

De-Trumpification will be the touchstone of this success. And lingering Trump loyalists, including those in non-senior roles, will hinder Biden’s plans to move the nation toward healing on issues ranging from immigration to racial justice. Without the right personnel, Biden’s executive orders could go unrealized, and, at worst, the dishonorable legacies of Attorney Generals Jeff Sessions and William Barr could continue haunting the new administration.

The Department of Justice was an early target of the Trump administration’s ruthless politicization of the executive branch. And the president moved quickly to capture the influence of U.S. attorneys. As attorney general, Sessions fired 46 U.S. attorneys from the Obama era, clearing house for the reversal of priorities that were to come. Breaching norms, Trump interviewed replacement candidates himself, erasing the independence between the president’s agenda and that of the department.

As local representatives of the department, U.S. attorneys are key nodes in dissemination of an administration’s priorities. They determine the prosecutorial priorities of local law enforcement. And thus they were key pawns in Trump’s politicization of the nation’s justice system.

Sessions’ terminations of U.S. attorneys may have helped shield the Trump Organization and Trump’s presidential campaign from being investigated for possible collusion with Russia to steal the 2016 election by U.S. attorneys in the Southern District of New York.

After the mass firings, Sessions issued guidance to the remaining prosecutors to ramp up the war on drugs and pursue the toughest possible charges against all suspects of drug and gang-related crimes. As a result, sentencing for non-violent crimes soared, resulting in the disproportionate caging of Black people.

On immigration, Session’s memo reorienting the priorities of U.S. attorneys toward criminal immigration enforcement ramped up the incarceration and deportation machine of undocumented people. The DOJ’s cruel “zero tolerance” policy and hunger for immigration prosecutions intentionally caused the separation of more than 5,000 families, hundreds of whom have yet to be reunited.

While Sessions rearranged law enforcement’s resources to target Black and Brown people, white collar crime enjoyed a renaissance. Drastic shifts in priority and allocation of resources reduced the prosecution of financial crimes to its lowest in 35 years. U.S. attorneys, who are normally central to securing white collar prosecutions, did little in the last 4 years to prevent fraud and corporate malfeasance. Those who tried to enforce the law against major corporations like Walmart often came up against pushback from superiors and in some cases resigned.

The firings of non-loyal U.S. attorneys who refused to play into Trump’s quest to usurp the office of the president as a tool for personal gain continued until the last minute of his presidency.

The need for U.S. attorneys independent of Trump’s agenda is especially dire in the post-Capitol insurrection moment we are now in. Senators like Josh Hawley (R-MO) and Ted Cruz (R-TX) who led the charge to block the certification of Biden’s victory, must not be allowed to help choose the nation’s next U.S. attorneys. Republican senators who stood by the Trump regime through its violent coup-attempting end do not deserve a seat at this administration’s table. Instead of traditional deference to a state’s senators, Trump enabling anti-democratic and anti-rule of law senators should be shunned for willingly serving as an arm of Trump’s autocratic influence.

If we don’t want to live in Trump’s world, we have to get rid of his infrastructure. In the interim, Biden should elevate career DOJ employees to acting positions in all 94 districts under the same statute that Trump and Sessions used lawfully but unethically to undermine justice. And at the same time Biden must work with Democrats to nominate progressive U.S. attorneys in line with the President’s vision of healing and justice. Trump appointees made a mockery of the civic duty of “equal justice under law.” To do anything but aggressively and lawfully push out Trump’s lawyers as soon less is to concede to Trump’s autocratic legacy.

Mariama Sojourner Eversley is a research assistant for the Revolving Door Project.

PREVIEW: What to Look for in the March Jobs Report

Quick, How Much Is $2 Trillion?

In Brazil, Vaccine Diplomacy Can Help Save the Climate