Last month, CEPR looked at state-by-state employment growth in the first two months of 2014, highlighting these 13 minimum wage-raising states for easy comparison. Using new employment data from the BLS, we can now update these figures with data from the month of March.

Below, the chart shows the percentage change in employment for each state. The baseline is the average of the October, November, and December 2013 employment figures, which were measured against the average employment level for 2014 (January, February, and March). Overall, the findings are even more positive than last month’s employment figures. We see, again, little to no evidence for the claim that raising the minimum wage threatens job creation efforts. 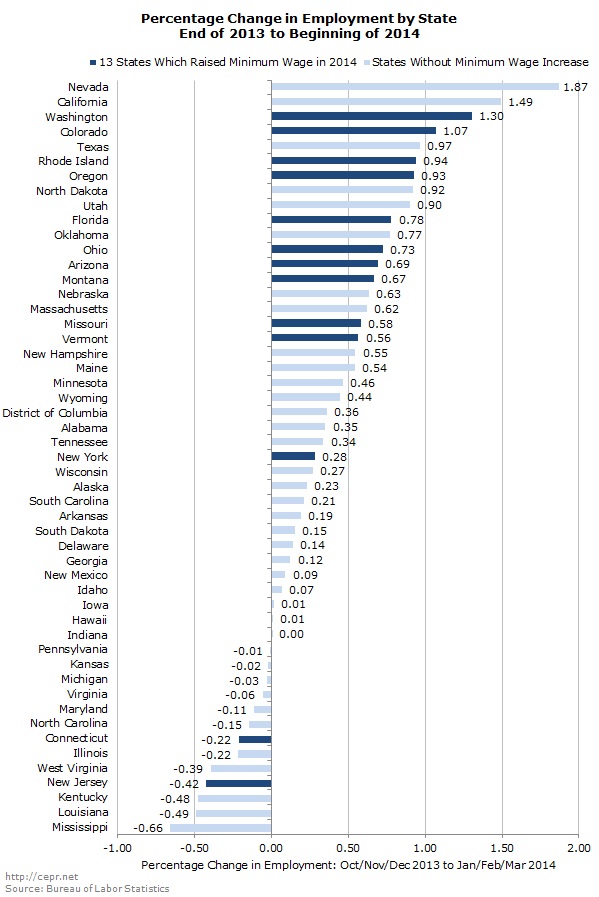 Again, it is worth noting that these findings are not dispositive, given the nature of the data and the simplicity of the analysis. Still, these findings complicate one of the major arguments used against raising the minimum wage. Even among the states, which face a greater risk of ‘race-to-the-bottom’ dynamics, we do not see evidence for the purported reduction/stagnation in employment growth.

PREVIEW: What to Look for in the October Consumer Price Index