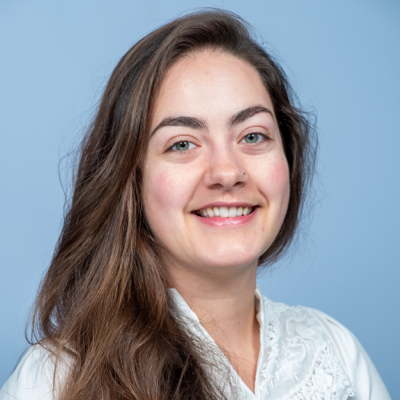 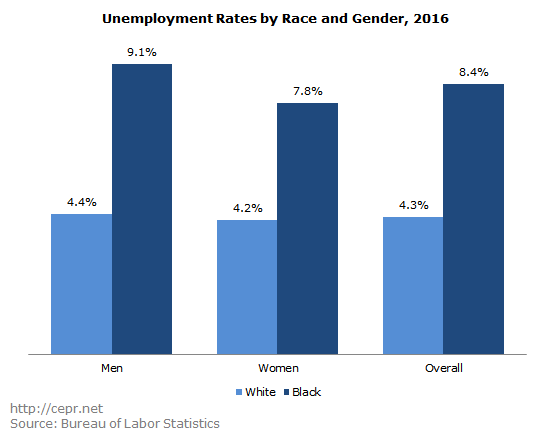 Breakdowns by age group give further insight into this disparity. Although black workers are unemployed at significantly higher rates (1.5 times greater, at least) than white workers in every age group, the disparity is greatest among young adults. For ages 20 to 39, the black unemployment rate is slightly more than double the white unemployment rate.

The high unemployment rates of young black workers indicate important findings for social mobility. An analysis by Thomas Mroz and Timothy Savage found that a young worker who experienced a six-month bout of unemployment could expect to earn $22,000 less over the next 10 years of their career. Young black workers lose out not only on income they could be making during their spells of unemployment, but also on work experience and skills which would increase their earnings across the spans of their careers. 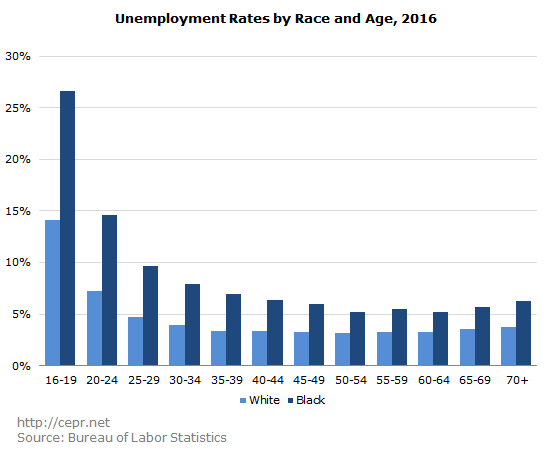 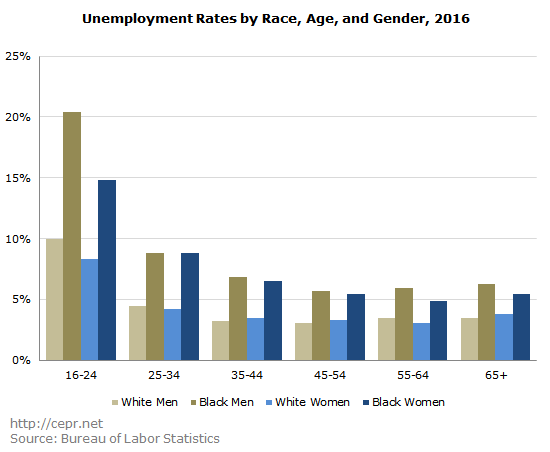 It is useful to note here that underemployment does not signify a small reduction in working hours. The average full-time worker is employed 42.5 hours per week, and the average underemployed worker is employed 23.2 hours per week – underemployed workers are essentially half unemployed. If these half unemployment rates were added to the actual unemployment rates, they would exacerbate the existing disparity between black and white workers. 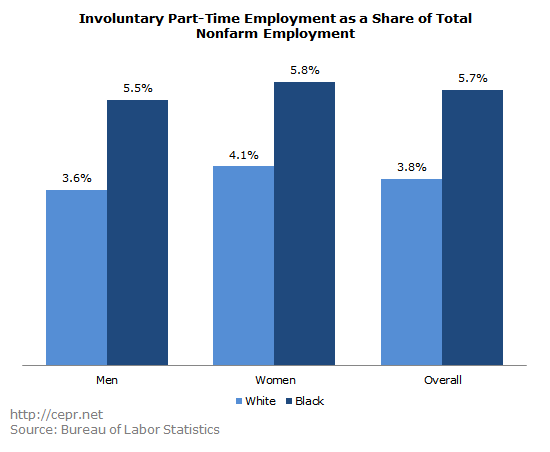 Average unemployment length increased from 2007 to 2010 due to the recession and still has not completely recovered to pre-recession levels. An interesting aside, from CEPR’s previous post, is that since 2015 the average duration of unemployment for black workers has decreased slightly more than it has for white workers. However, black workers continue to be unemployed for at least a month longer than white workers, and black women are unemployed for almost two months longer than white women. 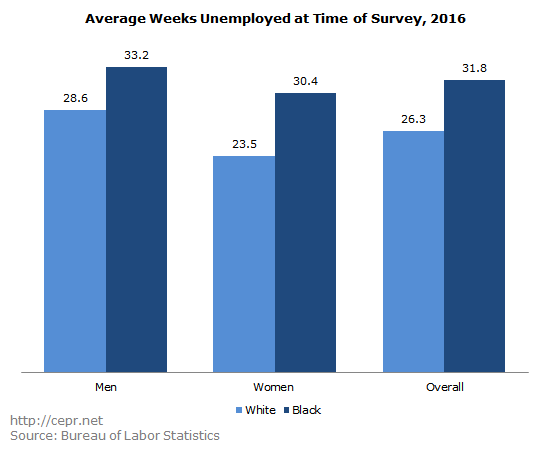 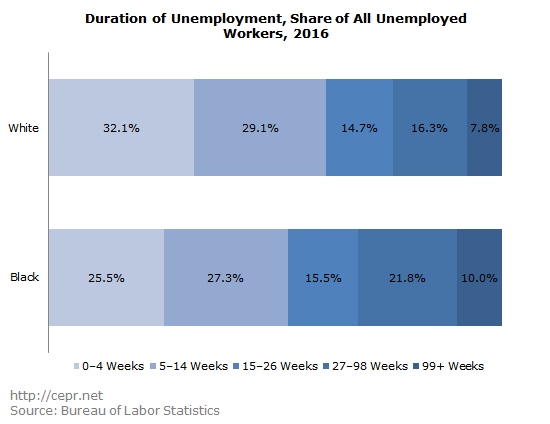 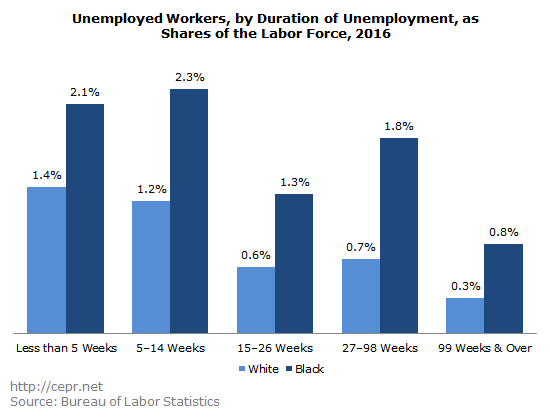 By far the most common reason workers, black or white, are unemployed is job loss (they were fired or laid off). This number is significantly higher for white workers, 5.6 percent more of whom are job losers. While this appears to be an advantage for black workers, it actually isn’t. Losing one’s job is a negative experience for any worker, but it also entitles them to support from government programs like Unemployment Insurance (UI) to ease the transition.

The first determining factor in getting unemployment benefits is that a worker must have had a job and lost it through no fault of their own (AKA: the “job losers” from the pie charts below). Since 5.6 percentage points fewer unemployed black workers are job losers, those 5.6 percent are not eligible to receive benefits. The other eligibility criterion is that workers may only receive UI benefits for a maximum of 26 weeks. Black workers are unemployed for an average of 32 weeks, and tend to experience long-term unemployment at greater rates and numbers than white workers, meaning that they are also more likely than white workers to exhaust their UI benefits and still be unemployed. Notably, although there are about three times as many unemployed white workers as unemployed black workers, there are nearly five times as many white UI recipients as black UI recipients.

While the loss of social insurance benefits is devastating, the “New Entrants” and “Reentrants” groups, which are much larger among black workers than among white workers, pose problems as well. These include workers who have just graduated from schools or universities, who are returning to work after having a child, who have been caring for family members, or who have recovered from an injury or illness (among other reasons). Many of these events, like adding a child to the family, happen both early in a worker’s career and at a time when they may have very little financial stability. Ineligibility for UI benefits and the potential multi-year earnings losses mentioned above could therefore leave black workers at a disadvantage for much longer than just their initial spell of unemployment. 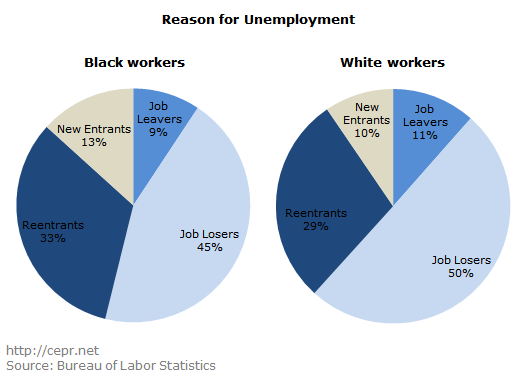 [1] We have provided fewer age groups in this breakdown due to the smaller sample sizes produced when dividing workers by race, age, and gender.