Since the main provisions of the Affordable Care Act (ACA) were implemented in 2014, the uninsured rate has declined precipitously. This was on full display in the Census Bureau’s 2015 health insurance report, which showed that the share of Americans lacking coverage declined 5.1 percentage points between 2013 and 2015. According to the data from the American Community Survey (ACS), the share of the population without insurance fell from 14.5 to 9.4 percent (pp. 24-25).

Due to its large sample size, the ACS allows us to look at the change in the uninsured rate at the state level. And when looking at the state-by-state data, a clear pattern emerges: states with Democratic governors have seen far more significant gains in coverage than states with Republican ones. 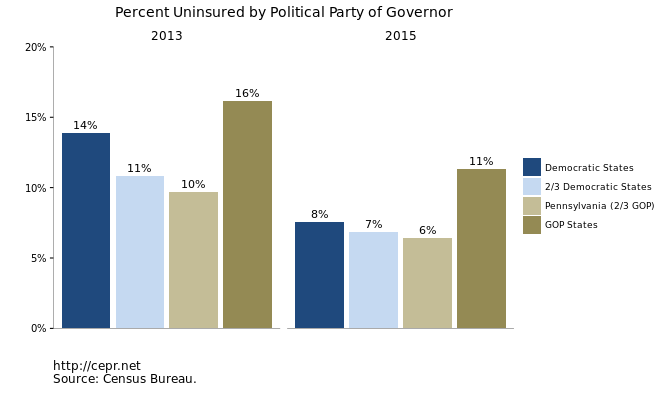 Using the same breakdowns, Figure 2 shows declines in the uninsured population according to the political affiliation of the governor. Democratic states have managed to reduce their uninsured populations by over 45 percent, which is 1.5 times the reduction in Republican states. 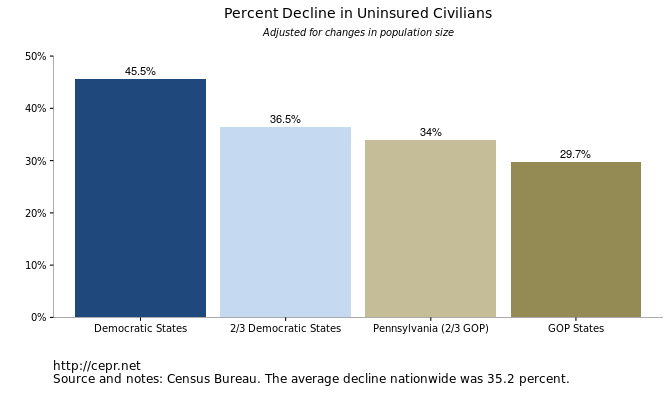 What drives this discrepancy? It’s partially that Democratic governors have been better about expanding their states’ insurance exchanges so as to get more people enrolled in private plans. This is especially true of Kentucky, which has experienced a 58 percent drop in its uninsured population, the largest in the country. 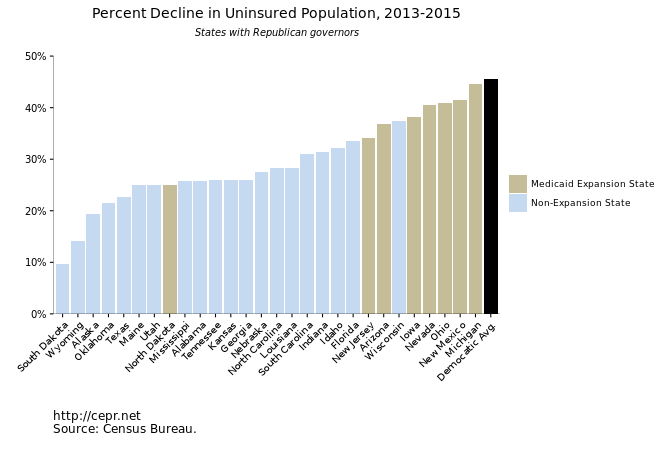 The second (and more important) factor has already been mentioned – Democratic governors were more likely than their Republican counterparts to expand Medicaid. This can be seen by the discrepancy in the number of blue versus brown bars in each graph. 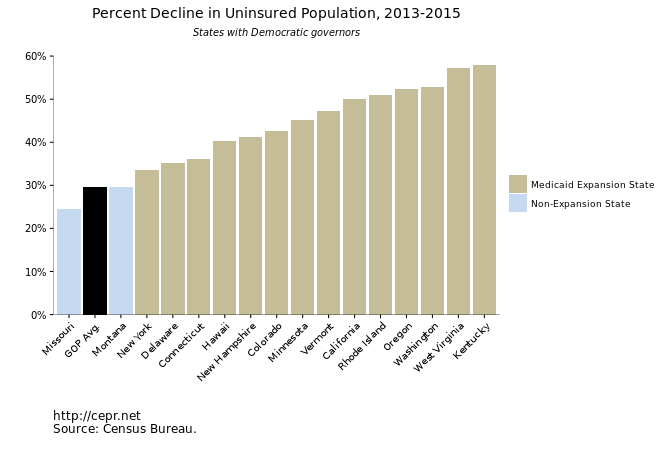 The Affordable Care Act, on the whole, has been tremendously successful in reducing the ranks of the uninsured. However, the reductions have been far less significant under Republican governors than under Democratic ones. Ensuring that the poor have access to medical care is evidently a partisan issue.

The Market Did Not Cause Inequality, No Matter How Much the New York Times Insists

Poverty Correlates with the Recent Increase in Gun Violence