The Union Dividend: It Reaches Beyond Members

There is considerable research showing that unions benefit the workers who join them, and this is especially so for lower paid workers, African Americans, immigrants, and women. Workers represented by unions get higher wages, and are also more likely to enjoy benefits like paid sick days, paid holidays, and paid vacation than their non-union counterparts.

Data from the Bureau of Labor Statistics show that 85 percent of unionized workers have access to paid sick leave, while only 62 percent of non-union workers have access. Unionized workers also have greater access to paid holidays (80 percent) compared to non-union workers (74 percent). The data show no gap in the percentage who enjoy paid vacation, but this is likely brought down by the large number of unionized teachers, who have school breaks but not discretionary paid vacation.

In addition to the benefits they win for their members, unions have taken the lead in promoting laws that benefit workers more generally. A notable item in this long history of advocating for all workers is the passage of the Fair Labor Standards Act (FLSA) in 1938. The FLSA made the forty-hour work week the law for most workers across the country. Workers who put in overtime were also entitled to a premium of at least 50 percent above their base pay. The FLSA also established the federal minimum wage.

These days, unions continue to fight for policies that benefit all workers. This is very clear looking at the adoption of laws guaranteeing paid sick leave. The United States is the only rich country in the world that does not guarantee paid sick leave on a national level. But in smaller jurisdictions where unions are well-represented there has been significant progress towards requiring employers to provide them. The same trend is evident with respect to paid family leave—leave for to provide care for family members or arrangements for their welfare—and for laws that raise the minimum wage above the federal minimum wage of $7.25.

The three graphics below show the laws across the country that guarantee paid sick leave and paid family leave, and the laws that mandate a minimum wage higher than the federal level by $0.50 or more. State-level jurisdictions are divided by color in three roughly equal groups based on the percent of workers in that jurisdiction who are represented by unions. (Click on the graphics for an interactive version. Clicking on the jurisdictions provides detailed information about the laws.) 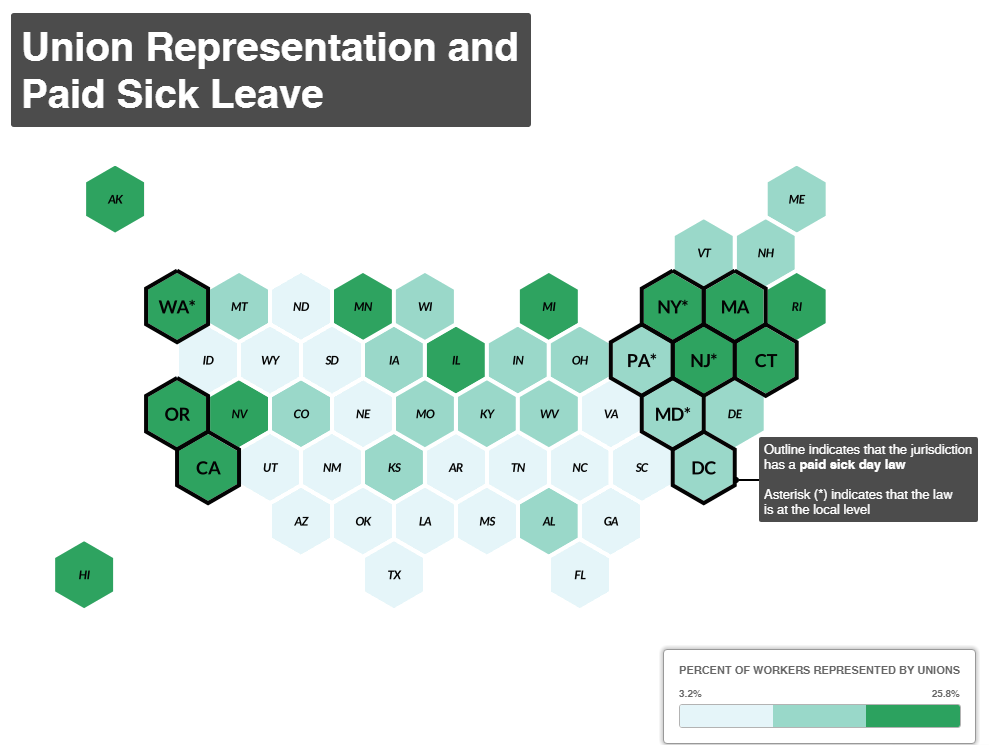 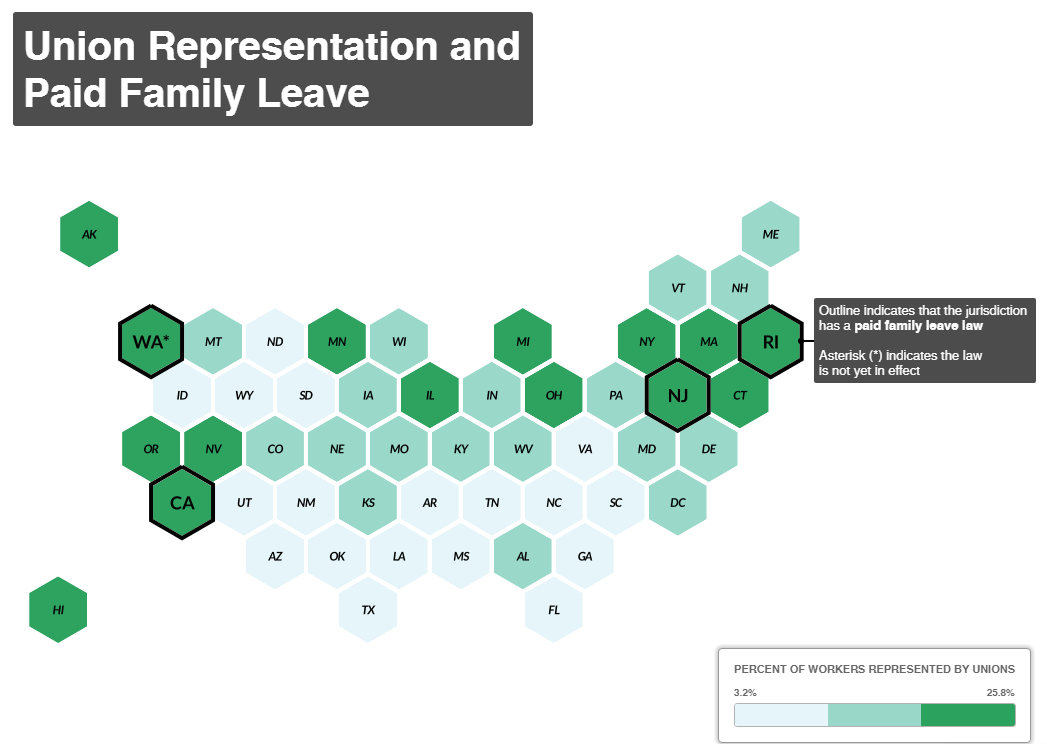 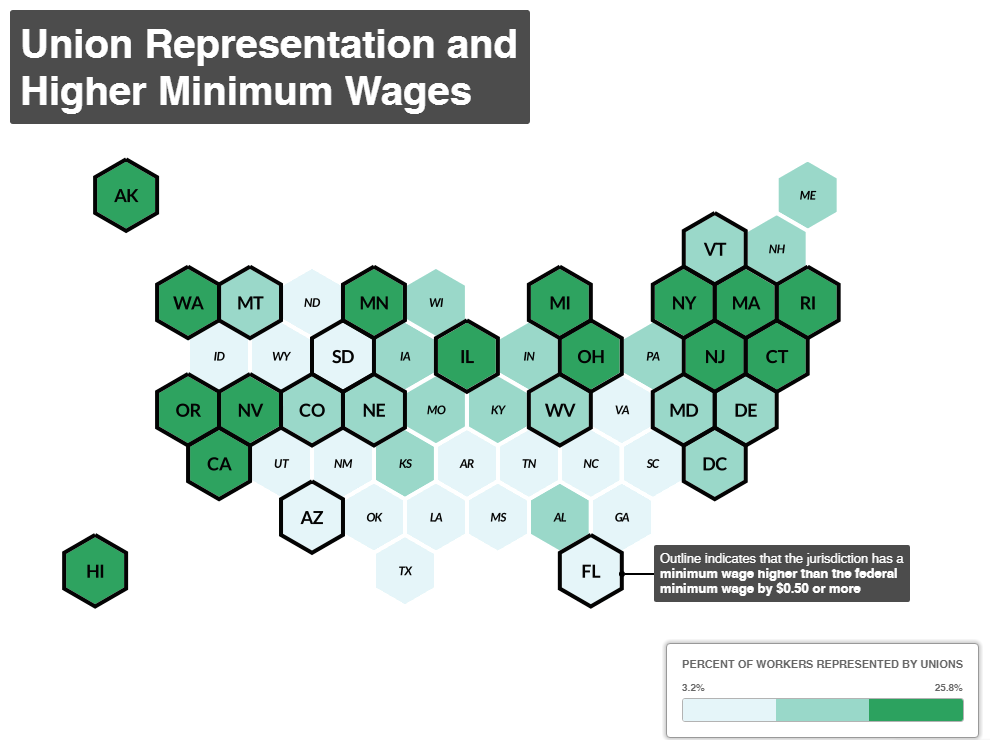 The correlations are obvious: those states with higher percentages of workers represented by unions are more likely to have any of these three policies. For paid sick leave, seven of the ten jurisdictions with laws at the state or local level are in the group with the highest level of union representation (the darkest green).

For paid family leave the results are striking. All four of the jurisdictions with laws are in the group with the highest level of union representation.

This analysis demonstrates that unions are a vital part of our society, and that they represent many workers. It also shows that their presence and political power are likely used to push for policies that benefit all workers. With union membership and representation continuing to decline, all those who want more pro-worker policies—even those who are not associated with unions—should be looking to see how unions representation can be increased at the national, state, and local levels.

If We Tax Share Buybacks, Can We Also Tax Stock Returns?

Why Union Membership Is Good For Workers With Disabilities