Yes, This is an Emergency. No, That Doesn’t Justify a $500 Billion Trump/Mnuchin Slush Fund. 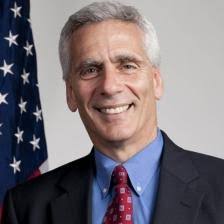 (This piece is co-authored with Jared Bernstein and is also posted on his site.)

While the indicators are lagging, the U.S. economy is in a recession that will very likely be extremely deep. It’s likely that real GDP falls at double-digit pace in the quarter that begins next month and the unemployment rate more than doubles. If that sounds implausible, history shows that in sharp downturns, the unemployment rate takes the elevator up and the stairs down.

To their credit, after a slow start Congress appears to have grasped this urgency and is working around the clock on what may turn out to be the largest stimulus package in our history, with a price tag of $1-2 trillion, or 5-10 percent of GDP (the Recovery Act was $800 billion over two years, roughly 2.0 percent of GDP). Given that fighting the virus essentially calls for putting the U.S. economy in deep freeze for an unknown period, we vigorously support going big.

But even as Congress must speed toward completion and passage of this legislation, there is time to avoid wasting resources, and there is one, large part of the bill—$500 billion, according to the Washington Post—that threatens to create a “slush fund” for businesses with virtually no oversight, no benefits for workers, and far too much discretion for President Trump to dole out goodies to himself and his cronies.

To be clear, there’s nothing wrong and a lot right with providing resources of these magnitudes for businesses. The bill also proposes $350 billion for small business with a smart, built-in incentive to help workers: if employers use a portion of the loan to maintain their payrolls, that portion is forgiven.

But the $500 billion carries no such incentives (there is a requirement that CEO can’t raise their pay over last year’s level, but that could mean just “restricting” a CEO to a $15 million paycheck, an extremely mild condition). Nor does there appear to be adequate oversight or “underwriting,” the process by which banks determine credit worthiness, leading Sen. Warren to tweet that it “sounds like Trump hotel properties like Mar-a-Largo could receive huge bags of cash – and then fire their workers – if Steve Mnuchin decides to do a solid for his boss with taxpayer dollars.”

We know for a fact that Democrats want to complete this stimulus package as quickly as possible to get money out the door to people and small businesses that are a few paychecks away from personal despair and possible failure or bankruptcy. But the bill won’t pass without the support of Democrats in both chambers (the stimulus will require 60 votes in the Senate).

Yes, time is of the essence, but Democrats must use their leverage to remove this Trump/Mnuchin slush fund while they quickly negotiate the attaching of pro-worker conditionality to it. The main thing for this moment is to get the help to families (direct cash) and small businesses out the door.

There is no obvious reason that we can’t do something similar for larger firms by making loans available for purposes of meeting their payrolls.* If the airlines and other especially hard hit businesses need additional assistance to get through the crisis, we can work through a well-designed package that ensures both that shareholders and top executives share the pain and that President Trump can’t use the money to help himself and his friends.

But let’s train our water hoses on where the immediate fire is—low, moderate income households and small businesses with a week or two of cash reserves and little access to credit markets. No question, this is an emergency, but that doesn’t excuse opportunistic, potentially wasteful spending with no oversight. We have important work to do, none of which includes setting up a half-a-trillion-dollar slush fund.

*Technical note: Supporters of this part of the bill argue that because the liquidity for the $500 billion is provided by the Federal Reserve (though one of the “lending facilities” the Fed’s been setting up), it cannot include the same forgiveness feature for maintaining payroll that’s part of small business loan package. The reason given is that the under the Fed’s charter, this would invoke credit risk the Fed cannot undertake. We do not find this at all convincing. First, as with all such lending programs, the Treasury must backstop the Fed’s credit risk. Once they do so, given that the fiscal authorities guarantee the full loan, it is unclear to us why the forgiveness feature is problematic. Other conditions, such as no buybacks, dividends, any payroll maintenance, or even just some oversight should not invoke Fed risk and are thus no-brainers in this context.

Jared Bernstein is a Senior Fellow at the Center on Budget and Policy Priorities. From 2009 to 2011, Bernstein was the Chief Economist and Economic Adviser to Vice President Joseph Biden in the Obama Administration.