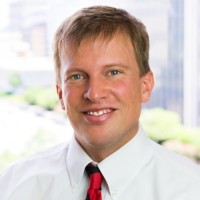 There’s an old line, that when you find yourself in a deep hole, stop digging. This is advice that Sen. Joe Manchin, D-W.Va., might want to take to heart.

In the debate over President Joe Biden’s Build Back Better plan, Manchin is working hard to protect the interest of West Virginia’s coal industry. On the one hand, this is understandable.

The coal industry has a long history in the state, and the United Mine Workers played a crucial role in shaping the U.S. labor movement. Their heroism in fighting to ensure decent pay and safe working conditions will be a model for many decades to come.

But, this is the past for West Virginia and the country. Apart from the need to address global warming, coal mining simply doesn’t make economic sense anymore.

The country is rapidly turning away from coal. It is no longer the country’s lowest cost fuel. The price of clean energy has plummeted, with the cost of wind energy dropping by more than 60% over the last decade and the price of solar falling by more than 80%. There are virtually certain to be further price declines in the future, as well as reductions in the cost of energy storage.

As a result of these price declines, demand for coal is falling sharply, as is employment. At its peak, the coal industry has employed more than 130,000 workers in West Virginia in the middle of the last century. While most of the job loss was before 1990, the downward trend has continued.

There were over 23,000 employed in coal mining in Wet Virginia a decade ago. That number is down to less than 11,000 today, less than 1.6% of total employment in the state. The same story applies to the industry’s contribution to West Virginia’s GDP. It fell from 14% of the state’s economy a decade ago to just 6% this year.

It used to be the case that the state’s coal gave West Virginia’s a competitive advantage by providing cheap electricity for homes and businesses. This is no longer true.

Over the last 15 years the cost of home electricity in the state has risen by more than 90%, the sharpest rise in electricity prices in the country. The same story applies to electricity costs for businesses.

We are likely to see this advantage disappear altogether in the near future as businesses in other states switch to lower cost clean energy.

The state desperately needs to follow a new path in order to have a strong economy and restore job growth. In February 2020, before the pandemic hit, the state had just 2,600 more jobs than its year round average for 2000, an increase of less than 0.4%. By comparison, job growth for the country as a whole was more than 15.5%.

West Virginia can gain enormously from the provisions in the Build Back Better plan. Like the rest of the country, its families will benefit from the child tax credit, affordable child care and paid family leave. It will also benefit from improving Medicare, so that it covers dental care, hearing and vision. Recent polling also shows that the Build Back Better plan has strong support among West Virginia voters.

But West Virginia also stands to gain hugely from the provisions in the bill that look to modernize physical infrastructure and get the economy on a clean energy path. There will be thousands of jobs created by reclaiming abandoned coal mining sites and plugging old oil and gas wells to reduce the methane gas they emit into the atmosphere.

And we can have tens of thousands of jobs both in the construction of large-scale solar plants or wind turbines and in the installation of solar panels on the roofs of homes, businesses and public buildings. This, along with large investments in energy efficiency, will also have the benefit of lowering the electric bills for homes and businesses in the state.

This is clearly the path for the jobs of the future. We hope that Manchin will be forward looking as he presses his positions in negotiations with President Biden and Senate Democrats.

The New Inflation Scare Is the Dumbest Thing Since Voodoo Economics