Economists generally believe that older, better-educated workers should earn higher wages than younger, less-educated workers. An older worker typically has more experience and on-the-job training, both of which increase skills. Education – whether it is a high school degree, an associate’s degree, a bachelor’s degree, or more – also increases workers’ skills and should be rewarded in the labor market. The falling value of the federal minimum wage, however, has failed to recognize substantial increases in the education and training of the workforce.

Table 1 summarizes the characteristics of low-wage workers by age and education, which we define as those earning less than or equal to $10.10 per hour (in inflation-adjusted 2012 dollars), the level of the minimum wage proposed by the Fair Minimum Wage Act of 2013. 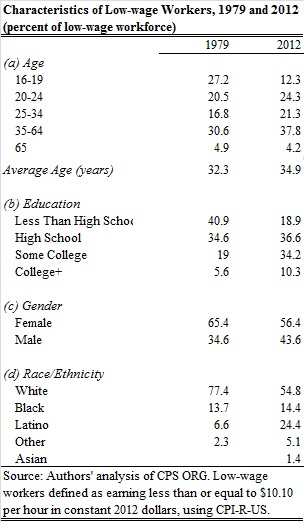 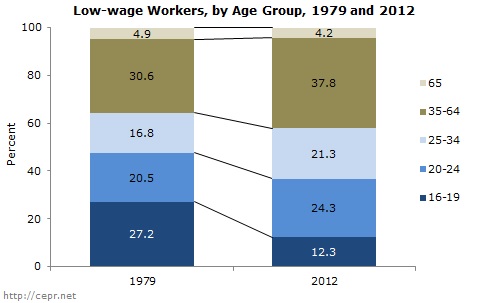 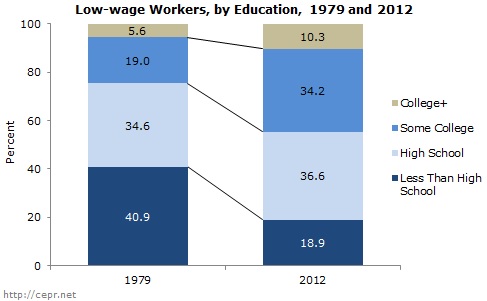 While the low-wage workforce is older and much better educated today than three decades ago, it is working for substantially less today than at the end of the 1970s, when the country was much poorer than it is today.