Earlier this week, the Economic Policy Institute and CEPR released a paper (pdf) by Larry Mishel, Heidi Shierholz (both of EPI) and me, which argues that the evidence in favor of the view that technology is causing economic inequality is weak.

The paper covers a lot of ground and is fairly technical, so I won’t attempt to summarize it in a blog post. You can read a one paragraph summary here and a longer executive summary at the EPI web site.

For now, I’ll just emphasize one general point. Over the last decade or so, many economists interested in inequality have argued that the best way to understand widening wage dispersion is to focus on occupations. Technology, they argue, is increasing demand for high-wage “abstract” and “non-routine” occupations (like doctor, lawyer, and engineer) and reducing demand for routine manual and non-manual occupations (like production line workers or many clerical jobs), where computers and robots are good substitutes for humans. Technological advances, they argue, have meanwhile had little effect on many low-wage non-routine manual occupations (restaurants workers and office cleaners, for example), where computers and robots are poor substitutes for humans. In this framework, the higher relative employer demand for high- and low-wage workers has led to a “hollowing out” of middle-wage occupations, which is often referred to as “job polarization.”

On its face, this is a compelling story. But, as we point out, the basic pattern of increasing employment in high-wage occupations and decreasing employment in the middle-wage occupations has been happening for decades. Relative employment was growing at the top and falling at the middle almost continuously from the 1950s on, yet wage and income growth was rapid across the board in the 1950s, 1960s, and 1970s. Then, with no change in the general pattern of occupational employment, wage and incomes began to grow much more unequally and generally more slowly from the 1980s to the present. It is hard, in this context, to blame something that didn’t change (occupational employment trends), for something that did change (wage inequality trends). 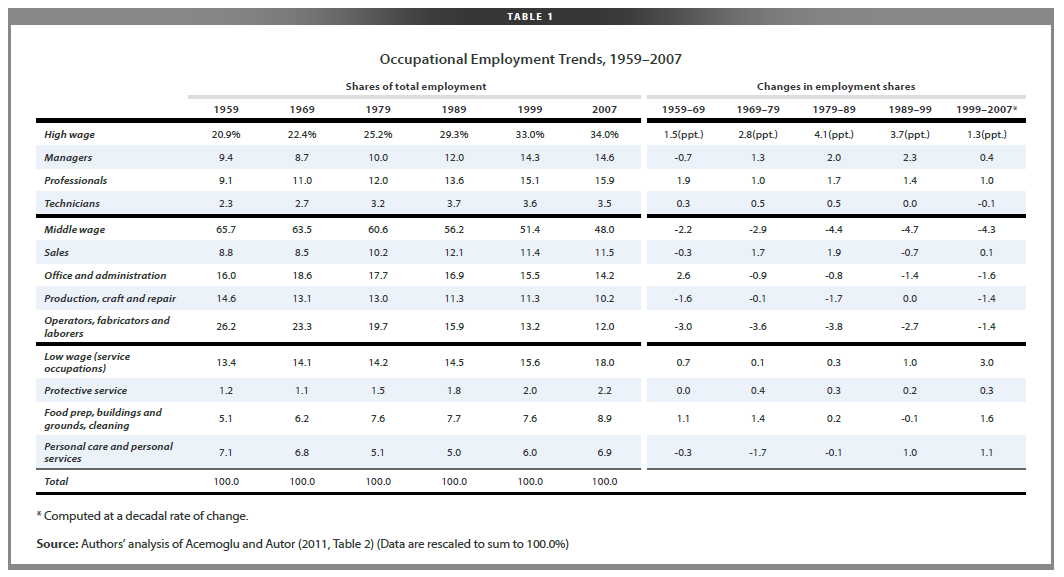 More concretely, we also show that at least in the Current Population Survey, which has been the workhorse data set for analyzing wage and income inequality, occupations explain a smaller share of overall wage inequality in the 2000s than was the case in earlier periods. The top line in each of the two graphs below shows a common measure of wage inequality (the variance of log hourly wages), separately for women (first graph) and men (second graph). For both men and women, wage inequality rose substantially between 1979 and 2007 (in order to focus on long-term trends, our analysis runs through 2007, before the Great Recession roiled labor markets). 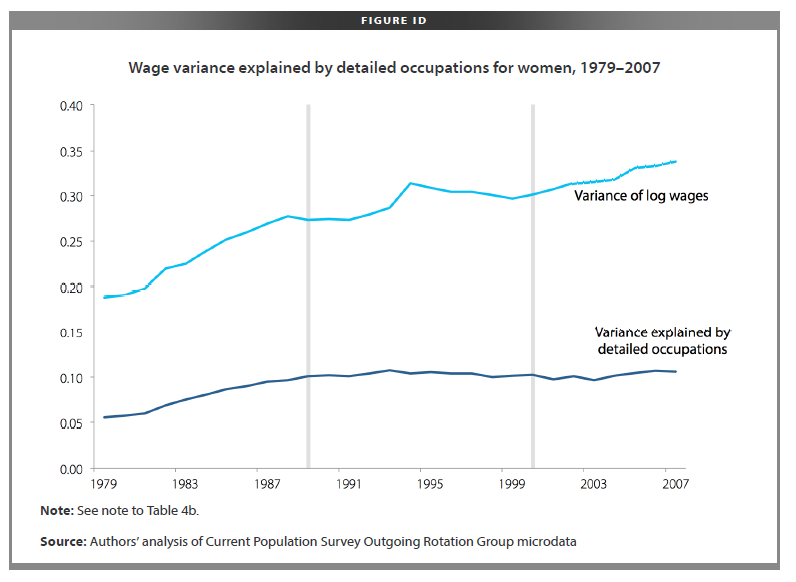 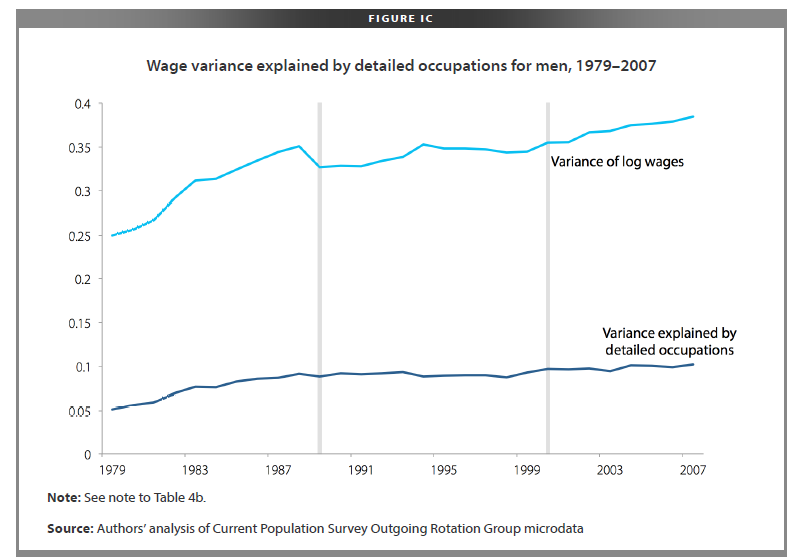 As we write in the paper: “In other words, the vast majority of the increase in wage inequality is occurring within occupations. By themselves, occupations provide very little leverage for understanding shifts in the wage distribution.”

A Cold War with China, Global Warming, and Why We Can’t Have Nice Things