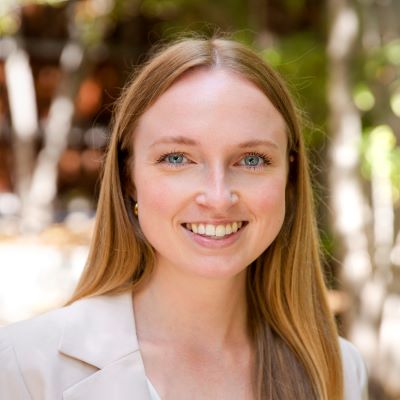 The Supreme Court’s decision in Dobbs v. Jackson Women’s Health Organization is a fundamentally political one that effectively ends the U.S. Constitution’s protection against state enforced pregnancy and birth. The decision represents a departure from decades of precedent by reversing the rulings in Roe v. Wade (1974) and Planned Parenthood v. Casey (1992). Access to abortion services is likely to be curtailed in over half of states, and many will now either have to travel out-of-state or resort to illegal means to obtain an essential form of health care.

People deserve the right to choose the circumstances (if any) under which they have children. The ability to terminate a pregnancy is essential to reproductive justice. State abortion restrictions represent undue interference in what should be private medical decisions, and are a form of reproductive injustice that threatens the agency and bodily autonomy of women and others who can become pregnant.

Reproductive justice and economic justice are fundamentally linked. The availability of abortion has direct consquences for the financial security of pregnant people and their families. There is ample evidence showing that abortion access has positive “downstream social and economic effects,” including increases in wages, educational attainment, and job opportunities. In their dissenting opinion, Justices Breyer, Sotomayor, and Kagan acknowledged these costs, writing that the court’s ruling means that “from the very moment of fertilization, a woman has no rights to speak of. A State can force her to bring a pregnancy to term, even at the steepest personal and familial costs.” Abortion access is also a workers’ rights issue, as the right to control one’s body feeds directly into the right to control one’s labor.

Though even the privileged will feel the effects of the Court’s decision, the fallout will be especially pronounced for already marginalized people. In 2014, three-quarters of abortion patients were low-income. Today’s decision risks compounding economic insecurity for these patients, who will find it especially difficult to absorb additional costs associated with out-of-state travel if abortion rights are rolled back where they live.

As the dissenting justices write, “Above all others, women lacking financial resources will suffer from today’s decision.” Pregnancy and parenthood are both very expensive. Many Americans lack access to paid family and medical leave, and low-income parents are more likely to experience difficulty taking needed leave. Pregnant women, transgender, and non-binary people continue to face discrimination and are not consistently granted the accommodations to which they are legally entitled. New parents, meanwhile, must contend with high childcare costs and limited availability. Without access to safe abortions, people may find themselves driven out of the labor force and into poverty.

The Dobbs ruling will also have significant health consequences for pregnant women. High maternal mortality rates make the decision to curtail abortion access a life-or-death issue for millions. Abortion is far less of a health risk than childbirth. Pregnancy and childbirth are especially perilous for Black women, for whom maternal mortality rates are 2.9 times higher than for white women. Additional evidence suggests that the legalization of abortion reduced maternal mortality among women of color by 30 to 40 percent.

It is worth noting that even prior to this decision, legalized abortion did not guarantee equal access to abortion services. Reproductive health care, including abortion, must be available to all, not just those who can afford to pay for it. This includes lifting restrictions on public spending so that social programs that support low-income people can be used to obtain abortion care. It is also clear that judicial precedent was never enough to safeguard abortion rights, and that protections must be explicitly codified into law.

The court’s decision to overturn Roe ignores abundant economic evidence and erases decades of progress toward gender and economic equality. Limiting abortion access will have negative effects for all Americans, and will be especially harmful to the country’s most vulnerable populations.

In short, as the three dissenters to today’s decision write:

Yesterday, the Constitution guaranteed that a woman confronted with an unplanned pregnancy could (within reasonable limits) make her own decision about whether to bear a child, with all the life-transforming consequences that act involves. And in thus safeguarding each woman’s reproductive freedom, the Constitution also protected ‘[t]he ability of women to participate equally in [this Nation’s] economic and social life.’ But no longer.

It’s time to build the power necessary to ensure no one is forced by the state to bear a child and the life-transforming consequences that act involves.

Annabel is an intern for the domestic program at the Center for Economic and Policy Research.