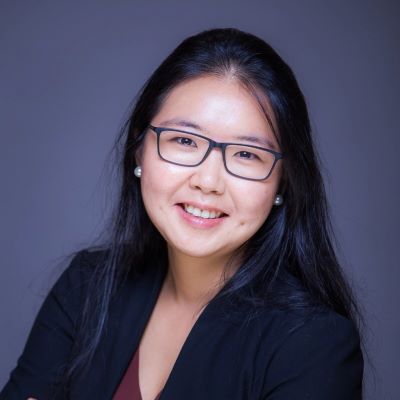 Every September, the Census Bureau releases income estimates for the prior year, including estimates of the number of people who are income poor according to two different measures: the Official Poverty Measure (OPM) and the Supplemental Poverty Measure (SPM). These annual releases, which rely on the Current Population Survey (CPS), include poverty rates for whites, Blacks, Asians, and Hispanics, but not for Native Americans. The Census Bureau does include poverty rates for American Indians and Alaska Natives in certain tables on its website. However, these tables receive much less attention than the annual poverty reports using the CPS and are limited to OPM poverty rates calculated using the American Community Survey.

The Official Poverty Measure (OPM) is widely regarded by experts as the federal government’s worst statistical indicator. It combines an anachronistic poverty line, which has defined poverty down over the last half century, with an income definition that fails to take account of the benefits provided by major social assistance programs like the Supplemental Nutrition Assistance Program (SNAP), housing assistance, and the Earned Income Tax Credit (EITC). The SPM takes these benefits into account as well as some work expenses and out-of-pocket medical expenditures. In most respects, the SPM improves on the OPM, so it is unfortunate that the Census Bureau does not publish SPM poverty estimates as part of its annual reports on poverty and income.

In this article, we take a first step toward addressing this problem by calculating poverty rates for Native Americans using the SPM. We define “Native American” in the same way as Gabriel R. Sanchez, Robert Maxim, and Raymond Foxworth do in a recent Brookings Institute blog post on how the federal government’s monthly jobs report does not include Native Americans:

“. . . we use all Native American racial combinations, not just workers identifying as American Indian and Alaska Native alone. This distinction is important because, according to the Census Bureau, 61% of Native Americans identify as two or more races—the highest rate of any census-defined racial group—a function of 400-plus years of colonization and displacement.”

We also use the term “Native American” because, as Sanchez and his colleagues note, “survey research consistently finds that this population prefers this pan-ethnic term.”

Over this six-year period, the annual SPM poverty rate for Native Americans is roughly 1.75 to 2 times as high as it is for white, non-Native, non-Hispanics. The poverty rate declines gradually for both groups in the first few years and then more sharply in the latter years.

While these estimates take an initial step toward providing a more accurate measure of poverty among Native Americans, it is important to note that the SPM has limitations. In particular, the SPM uses a poverty line that does not provide a reasonable measure of the income needed not to live in poverty today. In many respects, the SPM continues to reflect a 1960s or even earlier understanding of poverty, rather than a contemporary one that includes the income needed to maintain one’s health and social well-being, meet children’s development needs, and participate in community activities.

Moreover, it is unclear whether the Census Bureau, the Bureau of Labor Statistics, or other federal agencies involved in the development of the SPM have meaningfully consulted with Native Americans or tribal governments on the SPM or other indicators of poverty and material hardship. By contrast, when the Canadian government recently adopted a “market-basket” measure of poverty as its official poverty line, it committed to “consult with Indigenous persons to identify and co-develop indicators of poverty and well-being, including non-income-based measures of poverty, that reflect the multiple dimensions of poverty and well-being experienced by First Nations, Inuit and Métis.”

The authors thank Algernon Austin and Hayley Brown for their assistance.

Shawn Fremstad is Director of Law and Political Economy and Senior Advisor at the Center for Economic and Policy Research.

The Washington Post Wants to Cut Social Security and Medicare (Yeah, What Else is New?)

Ending the Cesspool in Pharmaceuticals by Taking Away Patent Monopolies