Repair of the US Postal Service is Within Reach 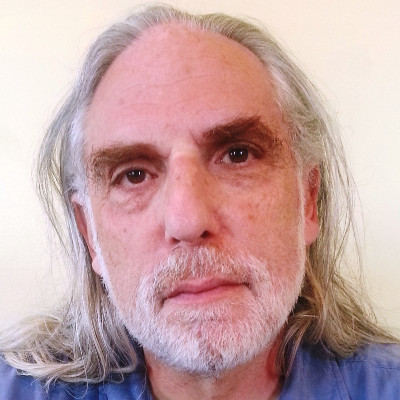 Fixing a sabotaged institution is not always easy. In the case of the US Postal Service (USPS), relief is imminent. The Postal Services Reform Act of 2022 passed in the House and Senate with bipartisan support. President Biden is expected to sign the bill into law in the next few days. All the major stakeholders — labor, retirees, and management — were on board.

To set the scene, the USPS was originally the Post Office Department (POD) — a regular department of the federal government, funded by regular budget appropriations. The focus was on service to all residents of the US on an equal, affordable, and timely basis. Erosion of this commitment began in 1970.

The hackneyed cry of “running government like a business” provoked the separation of the POD into a separate, public corporation, the US Postal Service (USPS). The intent was to create a free-standing, business-like entity that would finance its own operations.

The self-financing delusion runs against the grain of the USPS as a public service with historical benefits to the nation.In economic terms, the POD provided benefits beyond its customer base that could not be captured in fees for service. Hence self-financing would doom the USPS to stunted growth.

This change was not the downfall of the USPS. It suffered additional body blows, both from changes in the economy, and from misguided, bipartisan reforms in Congress.

The chief economic changes were the rise of the Internet and the explosive growth of Amazon. The growth of email reduced the need for correspondence via “snail mail.” The Amazon model, emulated by Walmart and others, displaced package delivery that might otherwise have been provided by USPS.

Even so, the growth of e-commerce and the pandemic expanded total package delivery. Although some share of it was taken up by private operators, the USPS found package delivery to be a major source of increased revenue for itself as well.

In the pursuit of self-financing, Congress set out to restrict USPS revenue and increase its costs. In other words, it dedicated itself to a formula for bankrupting the service.

On the revenue side, USPS was prevented from expanding its scope of business to new areas of growth that the Internet would open up. Functions such as search and social media, ceded to tech giants could be provided by the USPS. Moreover, such services could be provided with respect for individual privacy and vigilance against spam and abuse. Scope could also be expanded in areas that the POD traditionally occupied, especially postal banking.

On a more elementary level, the USPS has been restrained in the fees it can charge for its traditional, core services — delivery of letters and packages.

On the cost side, the greatest added burden resulted from a mandate that USPS set aside a significant portion of its revenue to pre-fund its employees’ retirement benefits, a requirement not pressed upon any other federal government department.

This bundle of reforms could be summarized as the product of what is called “neoliberal” economic doctrine — founded on a blind fetish for unregulated markets, privatization, and a shrunken public sector. This approach became a special annoyance when the deterioration of USPS service ran straight into the need for efficient support of mail-in balloting in the national elections of 2020.

It is ironic that members of Congress, with little business experience, took it upon themselves to dictate to the USPS how to run a business, something they are usually loathed to do when it comes to for-profit enterprises. Their intervention made impossible the self-financing ordinarily required of business firms. How can something run like a business and be constantly hectored by amateur advisers?

The bipartisan fever for self-financing now appears to have broken, in the form of the Postal Services Reform Act of 2022. It alleviates USPS costs by facilitating Medicare enrollment for retirees, something available to other federal employees, and it eliminates the requirement that USPS pre-fund retirement benefits. These changes will block the push of Trump appointee Louis DeJoy, the Postmaster-General, from cutting back services, including closing post offices in rural areas and eliminating Saturday delivery. It is poignant to note that decades ago, the post office was able to make deliveries twice a day.

In one respect, the DeJoy changes were logical. If your revenue is cut back, you have less money to finance services. When ample funding is secured, the fate of DeJoy, who shows no interest in resigning, will be an open question. The Biden Administration has begun to fill out its appointments to the Postal Service Board of Governors. They will be called upon to dismiss the ethically compromised DeJoy.

Max B. Sawicky is an economist and writer in Virginia. He received his B.A. in English literature from Rutgers University, and his Masters and Ph.D. in economics at the University of Maryland/College Park. His principal areas of research and interest include the Federal budget, state and local finance, fiscal federalism, the economics of taxation, and privatization.