Does the NYT Know that Much of the Working Class is Not White?

In a New York Times article with the headline “Ohio Working Class May Offer Key to Obama’s Reelection,” the reporters explain that “Mr. Obama’s ability to prevent erosion among working-class voters may be his best path to re-election.”

Given how rarely working-class Americans have been discussed by candidates and the media this election season, I was glad to see a NYT article focusing on them. In the 2006 General Social Survey, about 46 percent of Americans self-identified as “working class” and a roughly similar number self-identified as “middle class,” so they’re not a small group. 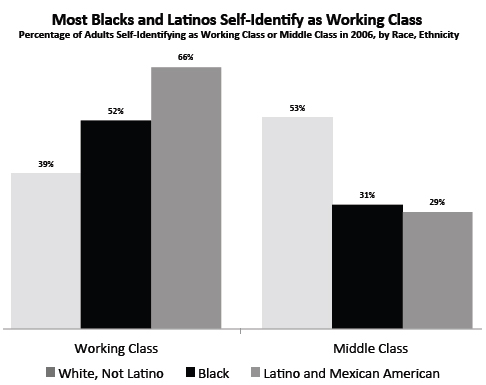