What Not to Do During a Pandemic: Business-As-Usual on Trade Negotiations 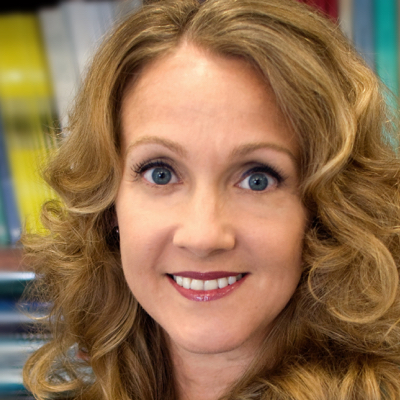 Reduce governments’ ability to respond to the needs of citizens and prioritize foreign investors. Constrain developing countries from investing in small-scale fisheries. Hand over control of more aspects of citizens’ lives, and data, to Google and Amazon.

These are not proposals you would think governments would be eager to negotiate in international treaties during the coronavirus pandemic. Yet some rich countries, including Australia, Canada, and Switzerland, as well as the European Union, are busy at the World Trade Organization (WTO) trying to pressure others into “virtual negotiations” on investment facilitation, regulation of domestic services, fisheries subsidies, and the digital economy, among other issues.

The overwhelming majority of WTO members oppose continuing negotiations amid the pandemic, as voiced by the Africa Group; the African, Caribbean, and Pacific Group; and many developing country delegations at an April 17 meeting.

The Director General of the WTO, Roberto Azevêdo, appears to be advocating for continued negotiations by concluding that there would have to be “additional consultations.” But the majority of members are not willing to negotiate binding rules under the circumstances.

Governments around the world need to focus their efforts on saving lives during the coronavirus pandemic, and so the lockdown has made it very difficult for Geneva-based negotiators to coordinate with stakeholders, even within the government. Changing dynamics, as the pandemic and its economic fallout unfold, may impact negotiating positions. And that’s aside from that it would be impossible to ensure transparent and inclusive negotiations when “negotiating” online.

That is why on April 30, over 400 civil society organizations – including global union federations, development advocates, women’s networks, consumer and small business organizations, and environmental groups –representing hundreds of millions of people from 163 countries delivered a letter to members of the WTO urging: “Stop all trade and investment treaty negotiations during the COVID-19 outbreak and refocus on access to medical supplies and saving lives.” The letter was coordinated by the Our World Is Not for Sale (OWINFS) global network.

“The first and only priority for trade negotiators at this time should be to remove all obstacles, including intellectual property rules, in existing agreements that hinder timely and affordable access to medical supplies, such as lifesaving medicines, devices, diagnostics and vaccines, and the ability of governments to take whatever steps are necessary to address this crisis,” notes the letter.

The groups also demanded an end to “Unilateral sanctions that prevent countries from obtaining essential medical supplies,” as these are causing people to needlessly die from COVID-19.

The letter also calls on “WTO Members to ensure that all countries have the flexibilities to set aside trade rules that constrain their ability to resolve the pandemic crisis, without fear of repercussions, and to cease other negotiations and activities that divert their energy and resources from that goal.”

This means members should coordinate to ensure that all countries have access to medical supplies and medicines, including vaccines and treatments for COVID-19. Health ministries should oversee this process so that those most in need have access to preventative supplies and to treatment. Officials seeking financial advantages for domestic corporations should be left out, to avoid negative impacts on countries’ future ability to create jobs to resolve the economic crisis.

Trade can help resolve key shortages of medicines and equipment in many countries. But an over-reliance on hyper-globalization, an emphasis on efficiency over self-sufficiency in global value chains, and trade policies that incentivize outsourcing have exacerbated the impacts of the crisis, and should prompt an assessment of the negative effects of specific global trade rules embodied in the current system.

The thus letter notes that the WTO should not return to “business as usual” after the crisis. Governments must recognize “that the COVID-19 pandemic necessitates a fundamental re-think of the types of rules that are negotiated in trade agreements, including those that can encourage monopolies and reduce affordable access to all forms of medical supplies, and put at risk the lives of people in every country of the world.”

It is insanity to continue a business as usual agenda in the WTO during the pandemic. Hopefully governments will listen to global needs, and act accordingly. A new agenda, focused on putting the global economy at the service of the global good, should emerge as a result.