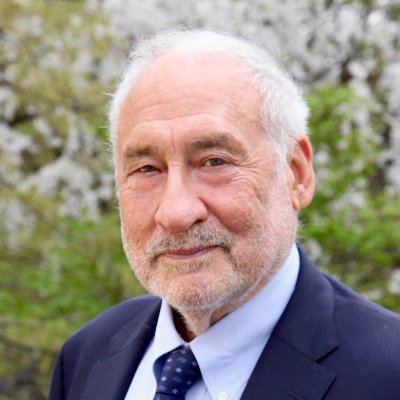 The agreement last week between Argentina and the International Monetary Fund (IMF) brought the country, and the world, back from the brink of a default that could have threatened the stability of the international financial system. As in any negotiated agreement, it was not ideal. But it was unprecedented, and both sides understood the dangers of falling into the abyss of the unknown: what would happen if an agreement was not reached. Most importantly, the IMF did not insist upon its usual austerity; the agreement provides Argentina with room to continue its economic recovery.

The current government of President Alberto Fernández is facing harsh adversities from the enormous debt and other constraints inherited from the 2018 IMF agreement made by the prior Mauricio Macri government. It is also dealing with the scourge of COVID-19. But the country had managed a near 10 percent growth rate last year, when economists had predicted a much more tepid recovery. With a growing economy, they managed to reduce the primary budget deficit by 3.5 percent of GDP in 2021. Argentina simply wanted the ability to continue its recovery, without the harmful conditionalities that had so often been included in past IMF programs.

Most economists recognize the importance for governments to provide fiscal support for economies that are slowing today, in the midst of the pandemic and its economic and health impacts. That’s what both the Trump and the Biden administrations have done in the United States. That’s all that Argentina had been asking for itself — within the confines of its own resources. It had managed to achieve a trade balance. Argentina wasn’t asking for a new inflow of funds; the government just needed to avoid conditions that would stifle economic recovery, or harm poor and working people.

An irony here is that the IMF’s primary mission is to provide hard currency loans for countries that are facing balance of payment problems. But, giant debt payments to the IMF have become the main risk to Argentina’s balance of payments.

What makes last week’s agreement so important is that it may set a precedent for dealing with the rash of debt restructuring and financial crises that may arise in the aftermath of the pandemic. Debt levels have risen around the world. High-income countries like the US can manage them, but many developing countries and emerging markets will be stressed to the limits. The Argentine agreement gives them hope that they can turn to the IMF without the Fund imposing crippling austerity and other counterproductive conditionalities. Let’s hope that that’s the case.

A bit of history

A bit of history explains how Argentina got into this predicament. Its 2018 IMF agreement required the government to tighten its budget by 4.4 percent of GDP over 2018–20 to “restore market confidence.” It had the opposite effect, and the economy shrank. The IMF doubled down, and opted for even more fiscal and monetary tightening. The IMF had projected positive GDP growth of 0.4 percent for 2018 and 1.5 percent for 2019 under its program; instead, there was recession, with GDP growth at -2.6 percent for 2018 and -2.0 percent for 2019. Poverty increased by 50 percent.

When the pandemic hit, the situation got much worse, with GDP falling by 9.9 percent in 2020.

An IMF internal evaluation released in December expressed unprecedented criticism of its 2018 loan agreement and conditions. The report noted that “the program ended up with a procyclical policy stance, arguably worsening capital flight rather than boosting confidence,” and that their colleagues should have foreseen, based on previous IMF research, that budget tightening of this size could be “self-defeating.”

The billions that the IMF lent, without imposing capital controls, enabled the wealthy and well-connected to take their money out of Argentina at a more favorable exchange rate — leaving the country with nothing to show for the $44 billion, except an enormous hole in its balance sheet.

In February 2020, the IMF concluded that Argentina’s debt was unsustainable. This helped the new government to successfully negotiate a sovereign debt restructuring with private creditors in 2020. This restructuring was unprecedented in some important ways. It allowed for an economic recovery, with employment increasing by 1.7 million. Investment also increased by 35 percent.

Some of the same economic debate occurred in the months before last week’s agreement between Argentina and the IMF. Argentina’s government, with its well-trained economists, insisted that austerity is contractionary, something that should seem obvious to anyone who has taken an elementary course in macroeconomics. But in the upside down world we live in, there’s a school of thought that argues that contractionary policies can be expansionary — it was this viewpoint that dominated in the 2018 Macri loan. It didn’t work there — no surprise; it’s virtually never worked. The “reasoning” (if we can dignify it with that word) is that the commitment to austerity will restore confidence, confidence will lead to inflows of investment, and these inflows will more than make up for the reduction in government spending. But what happened in Argentina is what usually happens: the economic downturn erodes confidence, investment falls, banks are hurt and cut back lending — a downward vicious cycle.

The dangers of this happening now, had austerity been imposed, would be especially great. Given Argentina’s circumstances — and the likelihood of rising international interest rates — there was likely to be little in terms of capital flows or investment from abroad. The idea that cutting government spending would magically restore confidence, leading to an influx of money and compensating for the loss of fiscal support, is sheer fantasy.

Advocates of austerity have criticized the current government for not bringing down the inflation rate faster. Inflation was another adverse legacy that the Fernández government inherited from Macri. Although inflation is a bit less than before this government took office, there has been little progress in bringing it down. But if one weighs the costs and benefits of doing more, the government has come down on the right side. Usually, there are three concerns about inflation: first, that it will become runaway, or hyperinflation; this is not happening. Second, that it will destroy economic growth. But as we have noted, growth was strong in 2021, overcoming the aftermath of COVID-19. And finally, inflation can increase poverty among those whose incomes do not keep up with price increases. The government has increased anti-poverty programs, such as cash transfers, and taken other measures to address this problem. The increase in employment by 1.7 million jobs due to the 2021 recovery has pulled many people out of poverty.

The relevant question is thus the counterfactual: what would have happened if the government had put reducing inflation, rather than growth and poverty reduction, at the center of its agenda? Almost certainly, growth and employment would have been much lower, and poverty much higher. None of the critics of Argentina’s policies have put forth a credible economic agenda, given the mess that the government inherited and the realities of COVID-19, by which there would have been a greater reduction in inflation without untoward effects on poverty and growth. Macri’s government showed that one could do much worse — get high inflation even with negative growth and massive increases in poverty.

It would be hypocritical for those in the high-income countries to champion what they did in meeting the challenge of COVID-19, and then demand that Argentina do just the opposite — a familiar complaint that has been made about IMF policies for years. There would have been a political backlash and widespread rejection of such economically destructive policies around the world.

And with the US being the sole country that has veto power at the IMF, as well as predominant influence there, Washington would have been blamed. With all the turmoil going on in the world, the Biden administration and its allies don’t need another crisis.

Instead, the Biden administration has demonstrated the advantages of global cooperation — and having expertise rather than just special interests at the table in these decisions.

While we can celebrate this important step forward, we are far from out of the woods. As we noted, there are likely to be multiple crises in the years ahead. Argentina has been able to recover thus far from the economic destruction caused by the previous administration, in part because it had a high level of expertise at the negotiating table: experts in macroeconomics, structural policy reforms, and debt restructuring. Many others won’t have these advantages. We need better mechanisms to ensure that the interests of all countries — and especially the poor within them — are represented in organizations that are supposed to be multilateral and care for all citizens throughout the world. At the IMF, the US and its high-income country allies have about 60 percent of the voting power, and thus make almost all of the decisions that affect 190 member countries — sometimes quite dramatically, as in the Argentine loan agreement of 2018.

And any program like this entails surveillance by the IMF of Argentina’s policies in coming years. There will be a host of unforeseen and unforeseeable events, political and economic, domestic and international, to which Argentina’s government will have to respond. There will be disagreements about the best way to respond, both within Argentina and between Argentina and the IMF. Hopefully, in the coming years, both sides will abide by the spirit of cooperation and commitment to shared growth and poverty reduction that marks this agreement.

In the end, in a democracy, it is the voice of the citizens of the country that must be heard most loudly. However badly designed the IMF agreement with the Macri government was, however badly that government implemented the agreement, the current government, and Argentina’s citizens, have had to bear the consequences. The current government, working together with the IMF, has honored these commitments, within the greatly diminished capacities rendered by COVID-19 and the earlier failed economic policies, with dignity and respect.