Bolivia has released its Consumer Price Index (CPI) for April, showing a stabilization of prices compared to March. The National Institute of Statistics (INE) release shows April’s CPI at 2% above March’s level, but by seasonally adjusting the data we can take a closer look, comparing that rise to previous months’ trends.

The seasonally-adjusted series rose at an annualized rate of just 4.2% per year.  This is down from a 20.0% annualized growth rate in February.  This change hasn’t shown up yet in the year-over-year rate, which is essentially unchanged from March, having fallen from 11.1% to 11.0%. 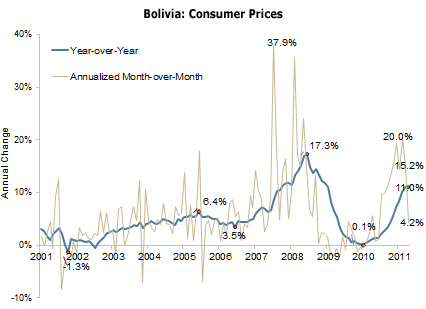 Much of the recent run-up in prices has been concentrated in the most volatile sectors: food and energy.  Monetary and fiscal policy designed to counter inflation has limited effect on food and energy prices, because they are mostly a result of rising world prices, outside of the control of local authorities.  Excluding these two categories gives us core inflation, which is less volatile and more relevant to economic policymaking.1 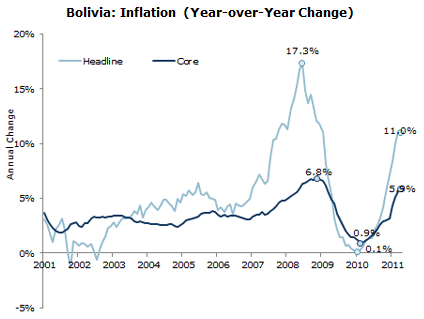 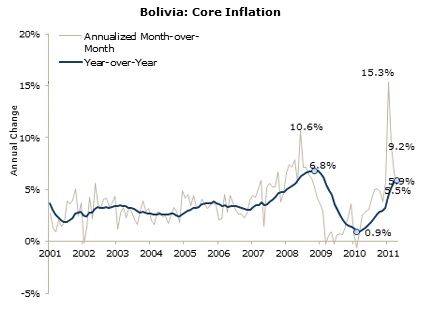